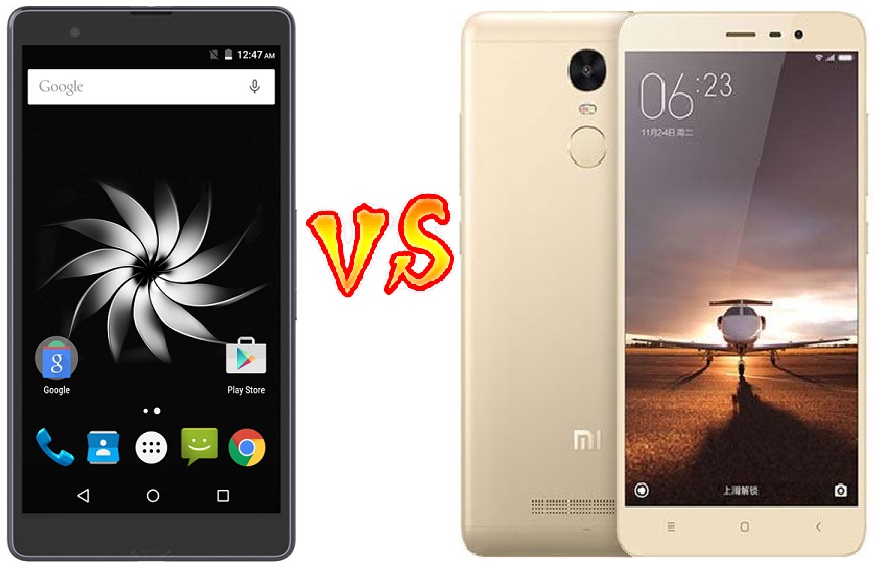 YU Televentures on Saturday officially announced its 6-inch Android phablet dubbed as YU Yureka Note YU6000 in India for Rs. 13,499. It is the first device from the company to feature massive 6-inch display which in turn provides best multimedia and gaming experience. Though the Yureka Note is announced today, it went on sale yesterday itself. With 3GB of RAM priced under Rs. 15,000, the YU Yureka Note YU6000 will take on other top devices namely Lenovo K4 Note, Xiaomi Redmi Note 3, Micrmax Canvas 6, Coolpad Note 3, and Letv 1s. In this post we will be comparing the YU6000 with Redmi Note 3 which features similar specs and features. Also Micromax Canvas 6 vs Redmi Note 3 vs Coolpad Note 3

Comparing display, the Yureka Note has 6-inch display while Redmi Note 3 has 5.5-inch and both comes with similar 1920 x 1080 (Full HD) resolution. Both the devices has 3GB RAM, dual SIM support, runs on Android 5.1 Lollipop, and powered with 4000mAh battery.

Conclusion: Both the devices packs with some powerful specifications at a competitive price tag. Considering the Yureka Note, it has only 16GB of internal storage compared to 32GB of Redmi Note 3. So, if you’re one among those users who like downloading huge games then Redmi Note 3 is the best choice.