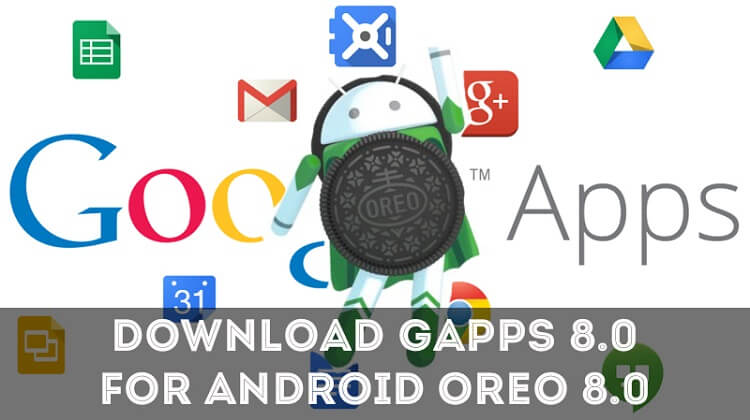 Android 8.0 Oreo is Google’s latest mobile operating system announced in August 2017. The update is already available to download for Pixel and Nexus devices. Not only these, but other OEM flagship devices are also enjoying the taste of Android 8.0 Oreo firmware. The latest version has a number of improvements over previous Nougat ROM that makes users eager to update to this version. Although there are not many visual changes, you can see various under-the-hood changes which give overall new user experience. Here we have shared Android Oreo Gapps for Custom ROMs like Lineage Os and other Android 8.0 based AOSP ROMs like Lineage OS 15, Slim ROM, etc.

Along with the announcement of Android 8.0 Oreo, Google has also pushed source code for Android 8.0 to the Android Open Source Project (AOSP). With this, Android developers started building AOSP ROM based on Oreo firmware. These ROM’s will be handy for users whose devices are not eligible for Android 8.0 update. It brings most of the features and delivers similar users experience. But unfortunately, these AOSP ROM’s don’t come with Google services pre-built. It means that there will be no Google Play Store and Google Play Services once you have installed the AOSP ROM. To get Google applications, users need to flash Gapps manually. Also, read Download GApps for Lineage OS, Android 7.0 Nougat & AOSP 7.0 ROMs

Here we have shared download links of Android 8.0 Oreo Gapps packages alongside detailed installation procedure. Without much ado, select any Gapps according to your need and flash it via TWRP recovery.

This is a graphical installer which gives you the option to choose which apps you want to install when you flash the file in recovery.

It is one of the recommended Gapps packages for Android 8.0/8.1 Oreo ROM. The package consists of all apps that come with the latest Nexus and Pixel phones.

Similar to “Stock”, but does not replace non-Google stock applications.

Most popular Google apps with extra functionality not available from the Play Store.

This package is another level down to that of Mini Oreo Gapps containing only the most popular apps: Gmail, Calendar and Google Search (Now), plus some more apps that aren’t up for download on the Play Store.

This Gapps still contains apps that aren’t up for download on Play Store.

It is the bare minimum Gapps package containing the Google Play Store.

2. Once done, download appropriate Gapps .zip file from above links & save it to your device storage.

5. Swipe to confirm the flash.

Congratulations! Now you’ve successfully installed Gapps on your Android 8.0/8.1 Oreo custom ROM. So, this is the best way to flash Oreo Gapps on your device. In case you find difficulty during the above procedure, do let us know in the below comments.