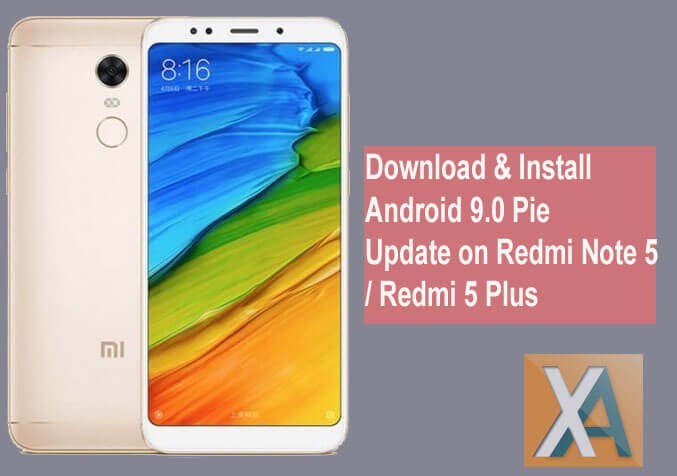 Android 9 Pie is the 9th iteration of Google’s Android mobile operating system announced in early August 2018. The latest software brings several new features including the new gesture-based navigation system, Notch support, Slices, Improved Battery performance, Digital Wellbeing and more. Soon after the release, Google started rolling out the Android Pie to its range of Pixel devices and several other OEMs including Sony, Oppo, etc. have already announced the roadmap of Android P for their company handsets. But, Xiaomi yet to reveal its Android Pie plans for its devices. Till then, AOSP 9.0 ROM are the best option to experience the Google’s latest operating system. Xiaomi Redmi Note 5 is the latest device to get support of AOSP 9.0 ROM [Thanks to the XDA Senior member AmulyaX]. The Redmi Note 5 users simply have to download Android 9.0 Pie ROM and flash it via TWRP recovery.

Without much ado, checkout the below pre-requisites first and then we’ll directly take you to the guide on how to download & install Android 9 Pie on Redmi Note 5 Snapdragon.

Disclaimer: Flashing third-party ROMs voids company warranty. XiaomiAdvices should not held responsible for any damage occurs to your device during or after the process.

How to install Android 9.0 Pie based AOSP ROM on Redmi Note 5

1. Download and move the AOSP 9.0 ROM as well as GApps package to device internal storage.

2. Now boot your phone into TWRP Recovery. Check how to boot Xiaomi phones into TWRP recovery.

3. Now you need to perform factory reset. To do so, go to Wipe > Advanced Wipe > Select Wipe cache, Dalvik cache, System, and data and swipe to confirm it.

4. Once done, follow the guide on how to flash custom ROM using TWRP recovery.

5. Similarly, you need to flash the Android 9.0 Pie GApps on your Redmi Note 5.

8. That’s it! The device will automatically boots to latest Android 9.0 Pie firmware.

In case, if you’re interested to root Redmi Note 5 on Android 9 Pie, then do download and install SuperSU root on your phone.

Hope the above guide was useful in upgrading your Redmi Note 5 device to Android Pie. For any queries, do comment below!