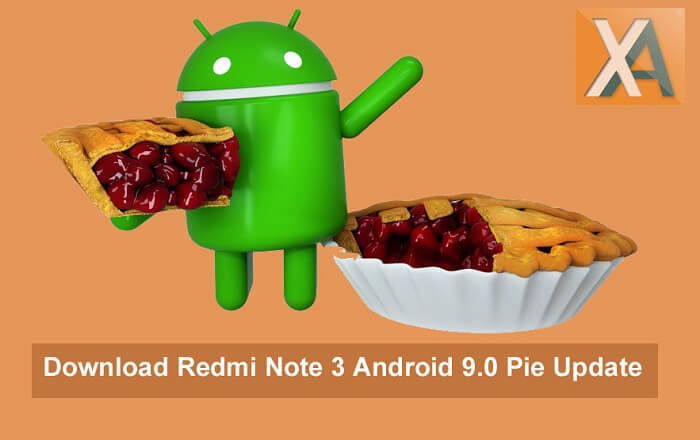 To remind you, Xiaomi Redmi Note 3 was launched in January 2016 for a price tag of Rs. 9,999. The device comes with a 5.5-inch FHD display, powered by a Qualcomm Snapdragon 650 processor and runs on Android 6.0 Marshmallow based MIUI out of the box. It sports a 16MP rear camera, 5MP front camera, and packs a 4050mAh battery support. On the storage front, it includes a 2GB RAM and 32GB of internal storage (expandable).

Without much looking around, do check out the below requirements and then follow the below step-by-step guide on how to install Android 9.0 Pie on Redmi Note 3.

Disclaimer: Flashing third-party ROMs voids company warranty. XiaomiAdvices should not hold responsible for any damage occurs to your device during or after the process.

How to install Android 9.0 Pie based AOSP ROM on Redmi Note 3

1. Download and move the AOSP 9.0 ROM as well as GApps package to device internal storage.

2. Now boot your phone into TWRP Recovery. Check how to boot Xiaomi phones into TWRP recovery.

3. Now you need to perform a factory reset. To do so, go to Wipe > Advanced Wipe > Select Wipe cache, Dalvik cache, System, and data and swipe to confirm it.

4. Once done, follow the guide on how to flash custom ROM using TWRP recovery.

5. Similarly, you need to flash the Android 9.0 Pie GApps on your Redmi Note 3.

8. That’s it! The device will automatically boot to latest Android 9.0 Pie firmware.

In case, if you’re interested to root Redmi Note 3 on Android 9 Pie, then do download and install SuperSU root on your phone.

Hope the above guide was useful in upgrading your Redmi Note 3 device to Android Pie. For any queries, do comment below!