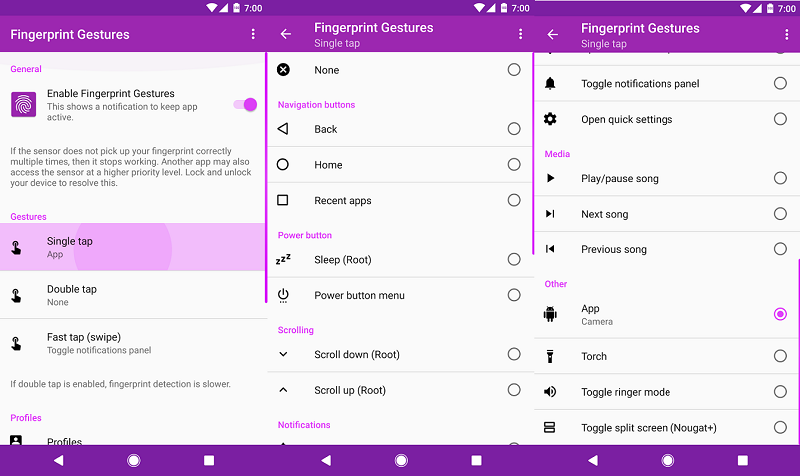 When these gestures was first revealed for Pixel series devices, there were many Nexus users who got disappointed. Regarding this, Google said that it will look over it to bring the same gestures to other models. Till then, an app from SuperThomasLab can be used to enjoy these gestures. You can configure tapping, double-tapping, or swiping on your device’s fingerprint reader to perform a variety of functions. Various navigations functions, opening quick settings, media controls and more can also be performed. Devices with root access can perform additional actions like scrolling and activating mode.

The app is compatible only with devices running on Android 6.0 Marshmallow and has fingerprint scanner. Users of Nexus 5X, ZenPad 3S 10 have reportedly installed the app and the gestures works fine for them.