Google released the first Developer Preview of its latest iteration of mobile OS i.e. Android P back in March this year. Today, the search engine giant has announced the Android P Beta program for series of Pixel devices at Google I/O Conference 2018. Not only this, but Google is also rolling out Android P Beta for non-Google devices including the flagships from Sony, Xiaomi, Oppo, Vivo, Essential, and Nokia 7 Plus. The upcoming OnePlus 6 will also support the Android P Beta program. In this post, we’ll guide you on how to download and install Android P Beta on Google Pixel, and other supportive handsets.

Android P, the next skin of Android OS made its first official appearance back in March this year. Today, Google announced the Android P Beta Program for a range of flagship models which brings several new features including new system navigation gestures, AI-powered app actions, Slices, background restrictions, and more. You can also check the complete list of new features here.

If the device is eligible, then upon registering in the beta program, within 24 hours it will receive the OTA update of beta ROM. You can start enrolling for the Android P Beta program at Google Android OS Beta Program. But, if you’re among those who wanted to experience the latest OS right away, then here is the simple tutorial on how to manually download & flash Android P Beta on Google Pixel Devices.

How to Install Android P Beta on Google Pixel Devices:

1. Firstly, you need to download Android P Beta System image based on device model number from the below links to your PC:

2. Extract the downloaded ZIP file to the ADB & Fastboot folder.

3. Turn off your device and boot into Fastboot mode. (Press and Hold Volume Down + Power button simultaneously).

4. Once you’re in the fastboot mode, connect the device with PC using a standard USB cable.

5. Double-click on the ‘flash-all.bat’ file to start the installation process.

6. In case, if you’re updating through Linux/macOS, then give the below command:

On completion of the flashing process, the device will automatically boot into the new Android P OS.

How to install Android P Beta on Non-Google Devices 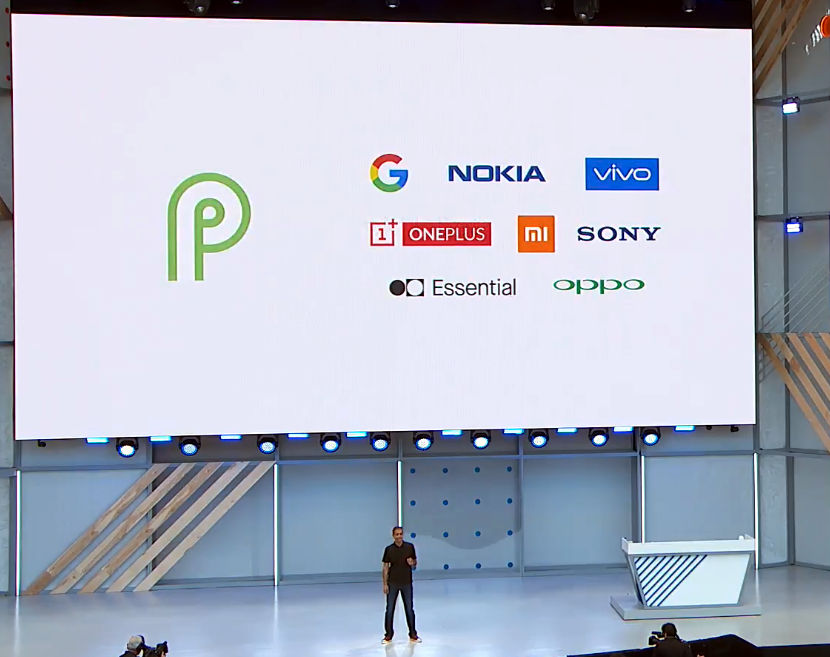 Thanks to Project Treble, Android P Beta is available for various Google’s Android OEM partner’s devices. Just like Pixel handsets, the various Android P Beta supportive devices also have a dedicated page where users need to enroll in the Beta program. You can also click on your device model from the below list which takes you to the developer page. There you need to submit the necessary device info to make yourself eligible to download the Android P firmware image file.

Once you’ve downloaded the system image, you need to flash through the fastboot method. Follow the same procedure which we have shared for Pixel models. Again, do remember to perform a backup before starting the flashing process.

That’s it! You have successfully installed Android P Beta on your Google Pixel and Partners devices. If you face any kind of difficulty during or after the process, do let us know in the below comments. We’ll gland to help you out!