Xiaomi Redmi 6 Pro is one of the most successful smartphones in the budget price segment. The device was initially announced in September last year running on Android 8.1 Oreo-based MIUI 9 out-of-the-box. Later in December, the Redmi 6 Pro upgraded to MIUI 10 which was also based on Android 8.1 Oreo. Today, the company has surprised all the Redmi 6 Pro users in India by rolling out Android 9.0 Pie-based EMUI 10.3.2.0.PDMMIXM Global Stable update. 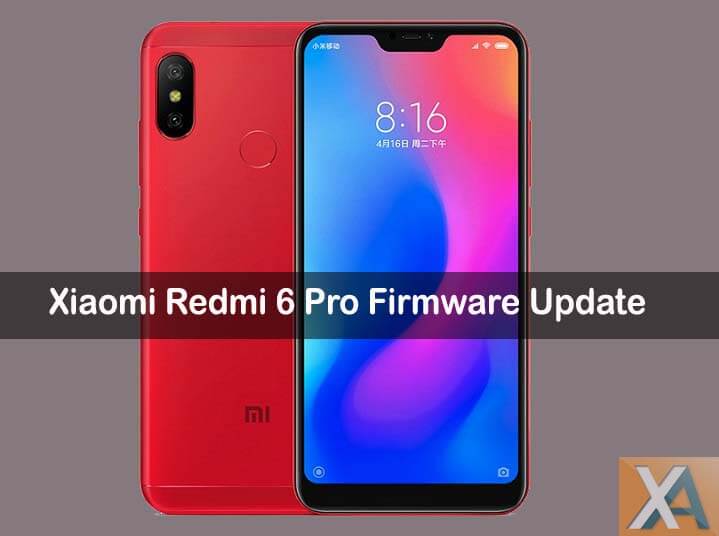 It was in February when the company started recruiting Android 9 Pie beta testers for Redmi 6 Pro. And now it looks like all the bugs and issues have been resolved thus the stable update is rolling out for the smartphone. Alongside the Redmi 6 Pro, Xiaomi is also pushing the same Android 9 Pie update to Redmi Note 5 Pro.

The Android Pie update is rolling out via OTA and is about 1.6GB in size. It also integrates the latest May 2019 security patch to the device for improved system security. Dual VoLTE support, system-wide dark mode, and face unlock support for app lock are the other new features bundled with the update.

Although the Pie update was released today, we already have the recovery ROM with us. This means there is no need to wait for the OTA update which might take up to a week, instead of download the recovery ROM from here and install manually on your Redmi 6 Pro by following the below instructions.

Before we take you to the update procedure, make sure to install Mi Flash Tool on your PC. Also, perform a backup of all your important data to a safer place.

To update Redmi 6 Pro to Android Pie MIUI 10.3 Global Stable firmware, download either Recovery ROM or Fastboot ROM from above and follow our below guide to install this on your device.

So, that’s it, I hope this guide was helpful to install MIUI 10.3.2.0 Android Pie on Redmi 6 Pro. For any queries, comment below!