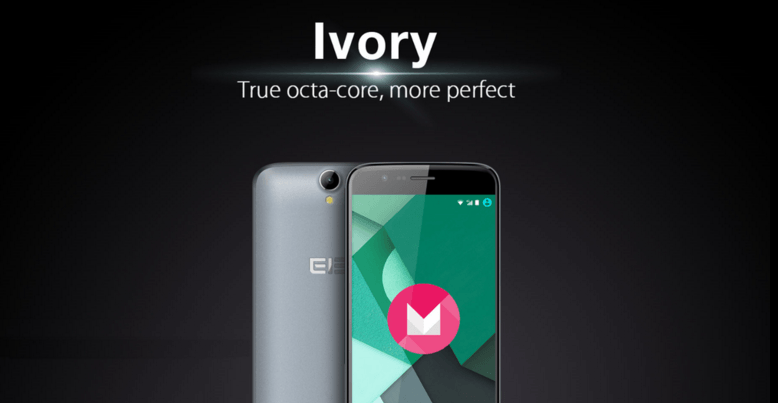 Elephone Mobiles in its latest tweet confirmed that the coming Elephone Ivory will runs on Android 5.1 Lollipop OS out of the box and will be upgraded to Android 6.0 Marshmallow OS in the month of March 2016.

Many smartphones OEM have already announced their plans of Android 6.0 update, which also includes plenty of Chinese companies. Elephone which is all set to launch its latest $99 budget device, the Elephone Ivory is confirmed to the Marshmallow update.

The company didn’t revealed the exact launch date of the Elephone Ivory, but after purchasing the handset get ready to experience the Android 6.0 Marshmallow as the company confirmed to roll the update in March 2016.

The latest device from Elephone features a 5-inch HD display with 2.5D on-cell display. The other specs of Ivory adds an octa-core MediaTek MT6753 chipset, 2GB of RAM, 16GB of internal storage, 13-megapixels of rear camera, 2-megapixels front camera and a 2100mAh battery.

The $99 device from Elephone will be facing a tough competition with UMi Rome, Blackview, BV2000 and other devices at the range of US$100.