Currently, there are too many smartphone manufacturers all over the world coming up with quality features at an affordable price tag. Leagoo, the China-based smartphone vendor is one of those company. Recently, it has announced a new device dubbed as Leagoo T5 (THFC) which is available at huge discounts on GearBest. Before we take you to the deal, let’s have a detailed overview at the specifications and features of Leagoo T5 smartphone. 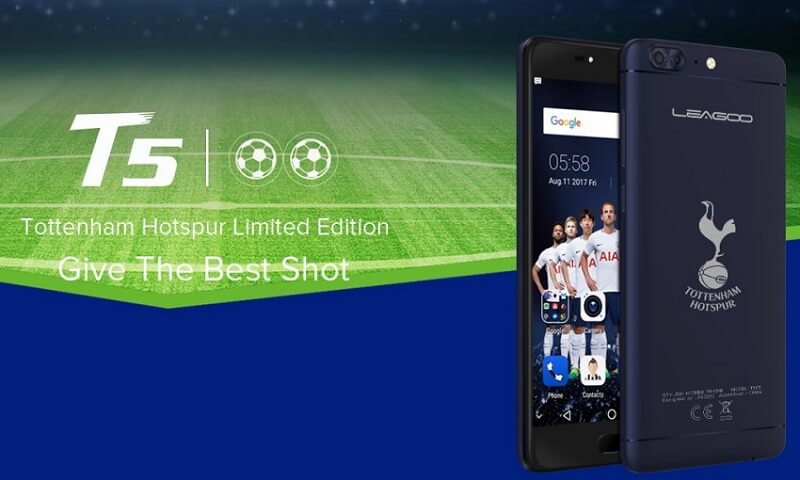 The limited edition Leagoo T5 flaunts a 5.5-inch FHD IPS display with screen resolution of 1920 x 1080 pixels. The T5 is manufactured with a thickness of only 7.9 mm and, even so, it integrates a fairly decent internal hardware and a very attractive aesthetic, especially for being very flat and at the same time with rounded edges. Under the hood, it includes a MediaTek eight-core processor running at 1.5GHz coupled with 4GB of RAM and 64GB of internal storage. It also supports microSD card for further memory expansion up to 256GB.

On the photography front, there is triple camera setup – a 13MP + 5MP on the rear side and a 13MP shooter on the front. The sensors of the device includes Ambient Light Sensor, E-Compass, Gravity Sensor, Proximity Sensor, and Touch Sensor. The Leagoo T5 features dual SIM support and runs on Android 7.0 Nougat OS out-of-the-box. There is a 3000mAh battery on the back which is well enough to provide backup for an entire day even with an intensive use of the device.

The Leagoo T5 comes in Deep Blue color option and is available to buy at discounted price on GearBest for $172.99 using a special promo-code: LAEGGB. You can refer the following button to grab the deal.

For more deals & offers, do check the following table –