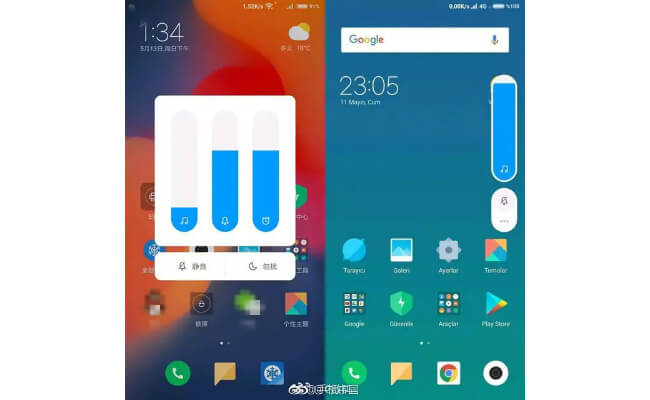 Xiaomi has confirmed to launch its next-generation flagship smartphone, the Mi 8 on May 31, and at the same event, the company will also unveil the Mi Band 3. Alongside this, the MIUI 10 will also officially announced on the same day. Ahead of the launch, the company has already started the registration process for the MIUI 10 Beta testing. However, it is limited to users in China only.

There are still two days left for the launch event, and today the screenshots of MIUI 10 UI has been surfaced online. TechnoCodex has posted some screenshots of MIUI 10 online, which reveals some of the design changes on the upcoming OS. Going by the images, we can see MIUI 10 adopting Android P inspired to design such as floating window and gesture support.

There’s a new color scheme and a new white and blue design language is seen overall, again, similar to Android P. The screenshots also reveal the use of rounded rectangles for nearly everything, ranging from notifications to the recent apps menu. One of the photos also reveals Gallery where the most recent photos are displayed in the preview.

Also: How to Apply for MIUI 10 Beta Update for any Xiaomi phone 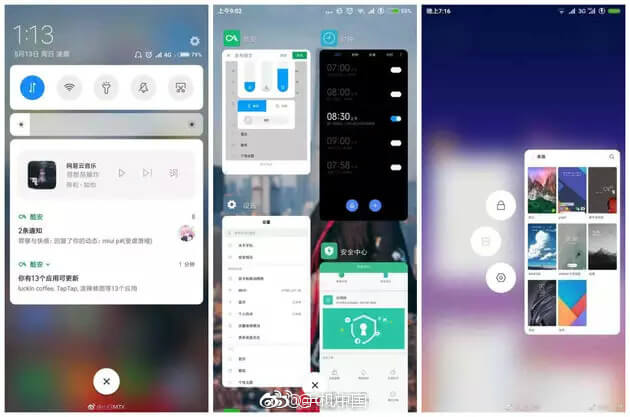 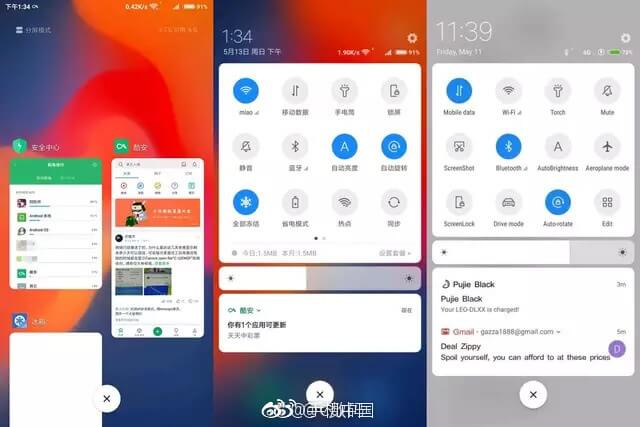 The reports claim that MIUI 10 will come with support for ‘full touch gesture controls’ and perform ‘faster than lighting’. Unlike Android P, the MIUI 10 features volume control at the right edge of the screen, with an exclusive button to put the device into silent mode. Just below, there is also a three-dot menu that takes you to more options for media volume control.