Xiaomi rolled out MIUI 7 Global Stable ROM for most of the Mi users all around the world starting from Oct. 27. By this time, many of you have already updated your Xiaomi handset to the latest MIUI 7 ROM and start experiencing its features. For users, who still don’t received MIUI 7 OTA update, they can download ROM directly from here and manually flash on their device. Xiaomi rolled out MIUI 7 update to Redmi 1S, Redmi 2 (4G), Mi 4, Mi 4i, Mi 3. Mi Pad, Redmi Note 4G, and Mi Note.

Like each time a major update hits your device, it brings a lot of changes over the previous version. The same thing is noticed in the MIUI ROM. The MIUI 7 ROM comes with lots of improvements and new features over the previous ROM version. Let’s compare MIUI 7 Lockscreens, Home screen, File manager, notification toggle, settings menu and camera UI with MIUI 6 and MIUI 5. 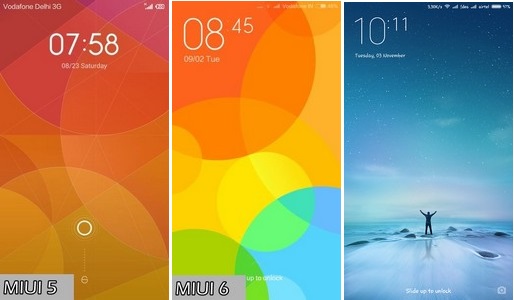 Xiaomi always tried to bring something new to its lock screen. Compared to MIUI 5 and MIUI 6, the lock screen of MIUI 7 ROM is much clear and attractive. The company has added a couple of new features like Daily Lockscreen Wallpapers and Baby Album on Lockscreen.

Like the Lockscreen, there is huge change of Home Screen in each and every version of MIUI ROM. The latest MIUI 7 consists of icons that are more flat and colorful compared to its previous versions. In addition, you can manage the widgets and pages easily which was a little difficult in the previous versions. Overall the MIUI 7 ROM Home Screen provides a premium look to the smartphone. 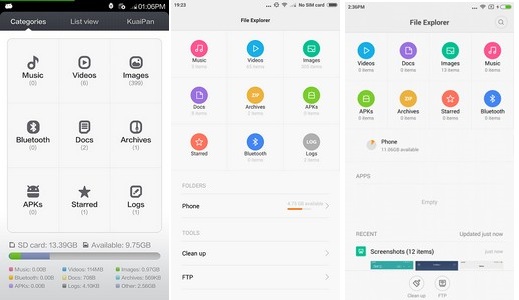 The latest feature introduced to MIUI 7 ROM in the File Manager application is that you can open recent files directly from the home page of file manager which was absent in MIUI 6 and older versions. You can refer to the right-side screenshot from the below image for a clear overview. 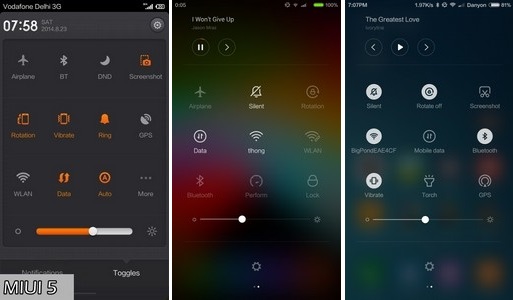 Xiaomi has adopted a Grey/White combination for its notification toggle in the latest MIUI 7 ROM. Earlier it was Grey/Orange and were uneven in looking. White toggles in MIUI 7 gives the user a solid look and experience. 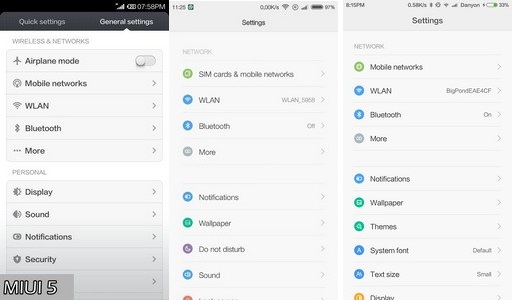 There is not many changes in MIUI 7 Settings menu compared to MIUI 6. In the latest ROM, Xiaomi has done a better job in categorized the menu more efficiently and provided a much flatter look. There is a few changes in the layout of the Settings thereby reducing the task of the users. Now users can easily access each and every setting more quickly. 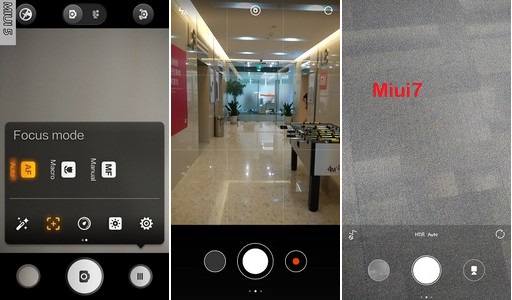 MIUI 7 is equipped with a Beautify option in its camera mode, which helps you take more beautiful Selfies and other pictures. In addition, the camera launches mush faster than ever due to a 30% faster system response in MIUI 7.

Apart from the above changes, there are many other features that are being updated in MIUI 7 ROM.