It’s almost two months since the official MIUI 7 global stable ROM was released. By this time, each & every Xiaomi Android smartphones and tablets are being updated to MIUI 7 firmware. If not you can check the tutorial to install MIUI 7 on Xiaomi smartphones. Just a couple of days back, Redmi 2/2S received the official MIUI 7 Global Stable build update. Today the Mi smartphones & tablets users will be happy to hear that Xiaomi is again releasing its latest update for Mi devices, the MIUI 7.1. 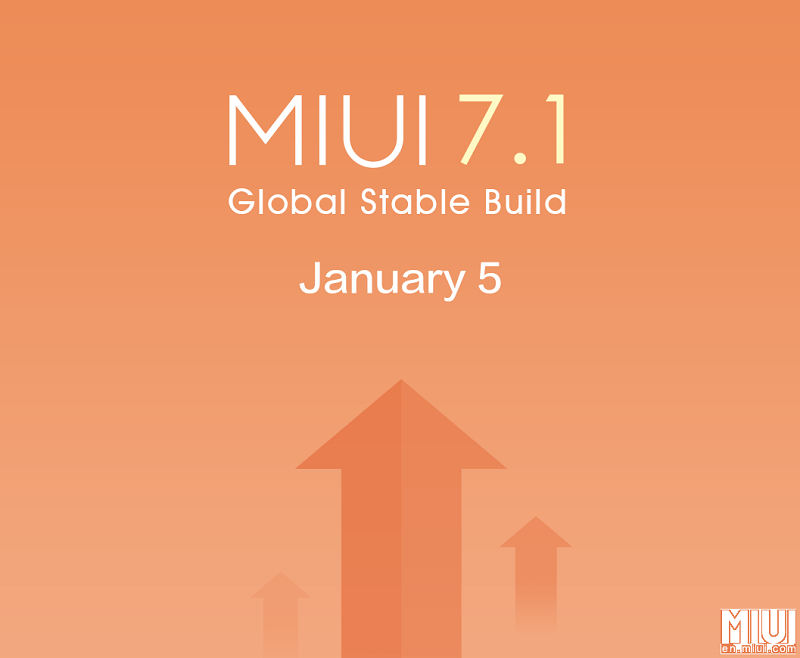 The new update has been given the version MIUI 7.1 and will be released officially by Xiaomi on January 5, 2016. Both the Global Stable ROM and China Stable Build will be released together at the same time. Here below is the list of eligible Xiaomi phones to get the MIUI 7.1 Global Stable Build update. Also, Eligible Xiaomi phones to get Android 6.0 Marshmallow update

Xiaomi Redmi Note 3 and Mi Pad 2 have not included in the update list as these devices are currently released only in China. So, China Stable Build will hit these devices. We can expect the latest global stable build update for these devices in the next couple of weeks.

Xiaomi will post the full changelog and download links of the latest ROM by tomorrow on its official website. It will be really interesting to see whether the update brings a new Android version to the smartphones which didn’t happen with MIUI 7 update.