Xiaomi after rolling out MIUI 7.2.3.0 and MIUI 7.2.5.0 firmware update for Redmi Note 3 (Snapdragon 650 variant), now started pushing another minor update MIUI 7.3.2.0.LHOMIDD via OTA (over-the-air). It is about 241MB in size and brings bug fixes & performance improvements over the previous version. 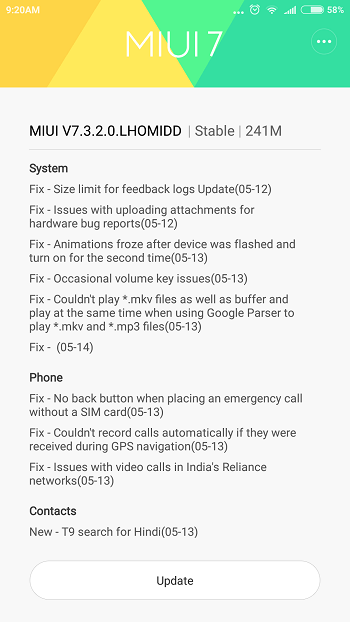 The update also brings few new features like long press alarm to select and delete multiple alarms, fingerprint unlock for custom apps, dragging sons to rearrange playlist, and T9 search for Hindi. Also a security prompt will appear whenever user tries to install any app via USB to block unwanted installations. For complete MIUI 7.3.2.0.LHOMIDD update changelog, do refer the below images.

Xiaomi Redmi Note 3 users can also manually check for update through Updater App > Check for updates. If available, always use high-speed internet say WiFi as the update size is about 241MB. Though the update process is free from data loss, perform backup of all your data including contacts, media, SMS, app data, etc. to be on safer side. 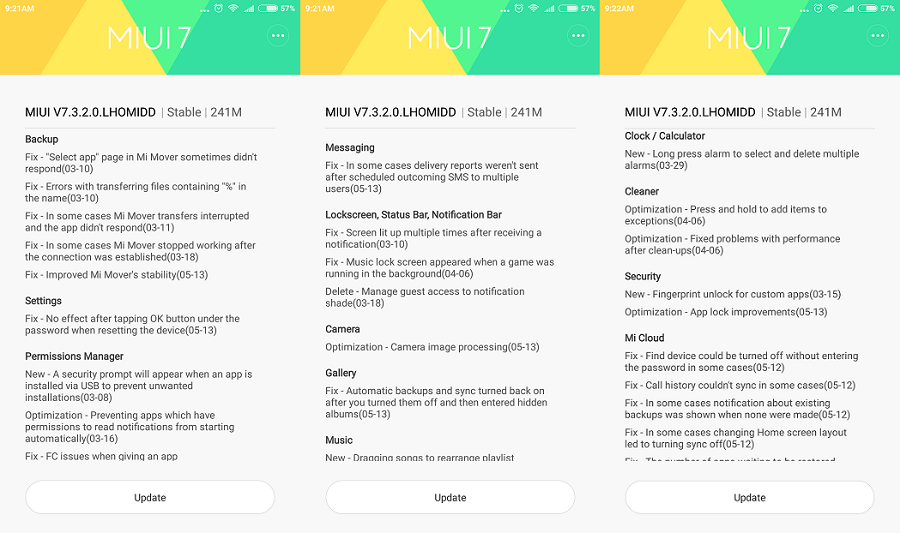 To remind you, Xiaomi has officially announced the MIUI 8 ROM for various Mi & Redmi smartphones. It also confirmed that all the Redmi series smartphones are eligible for the update. So, we might soon see the MIUI 8 ROM update for Xiaomi Redmi Note 3 which surely brings tons of new features and colourful UI.