Xiaomi Redmi Note 3 (Snapdragon 650) users finally gets Android 6.0 Marshmallow update via OTA. The device was announced back in March this year running on Android 5.1.1 Lollipop with MIUI 7 on top. Later in August, it received major upgrade i.e. MIUI 8 but the Android version was the same. Today the company has released a new update which brings most awaiting Marshmallow firmware. The update is given the version MIUI 8.1.1.0.MHOMIDI Global Stable build. 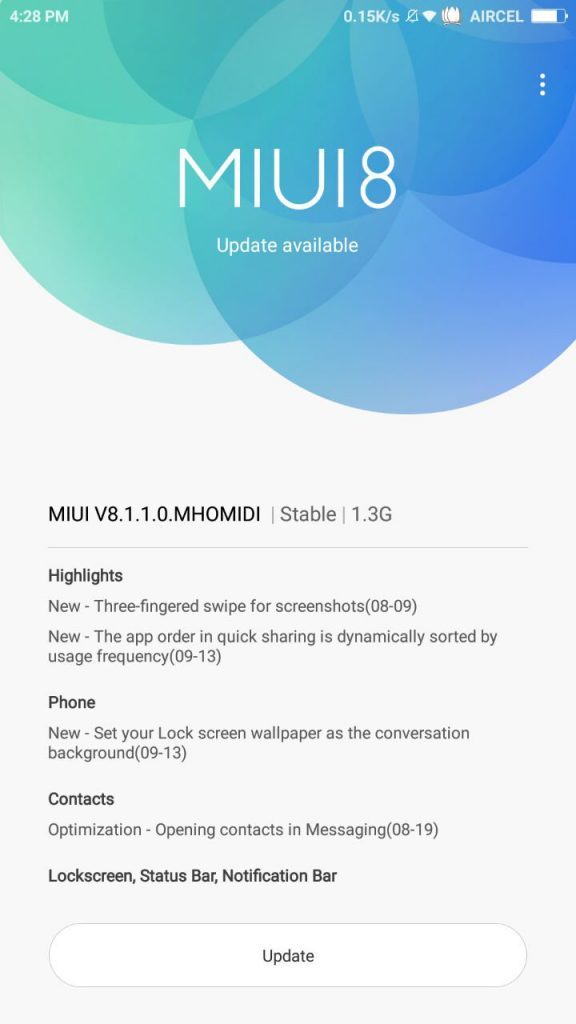 Coming to the changelog, it brings several new features in-addition with performance improvement and bug fixes. The size of the update is 1.3GB and is rolled out to users gradually. Earlier the company announced Nighty build with same firmware which was available only to selected users.

If you’re one among those user who can’t wait for the OTA update and wanted to flash on your device before any of your friends does, then download OTA Zip from below link and flash it manually.. You can check our simple tutorial on how to flash MIUI 8.1 on Xiaomi phones for easy flashing purposes.

Already updated your Xiaomi Redmi Note 3 to Android Marshmallow firmware, then do share your experience with the ROM in the below comment section. Do share the post with your friends using the below social networking and let them update their handset.