The update news was made official by Rohit Glalsasi – Product Manager at Xiaomi India though a tweet stating “Redmi Note 3 users will start receiving MIUI 9 stable update starting from today but not everyone will get the update same time. It may take 48-72 hrs for you to get the update.” 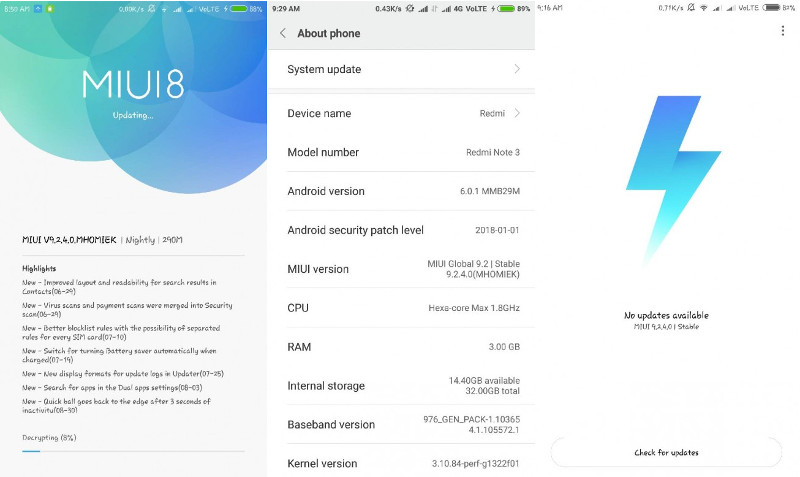 However, the Redmi Note 3 users can also check manually for the MIUI 9.2 Global Stable update through “Updater App” or even from the path Settings > About Phone > System Updates. That said, the update carries build number MIUI 9.2.4.0.MHOMIEK, and weighs 290 MB in size. Notably, the Redmi Note 3 MIUI 9.2 update is based on Android 6.0.1 Marshmallow and it brings latest January security patch to the device.

Coming to features and changelog, the update brings interactive and Fresh UI changes, New Gallery App, Calendar Cards, App Vault, Mi Video App, New Mi Explorer and Mi Drop to Redmi Note 3. But most of the users will be disappointed as the update doesn’t comes with Multi-window or Spilt-Screen Multi-tasking to the device. If you’re interested for complete changelog, do refer the below link.