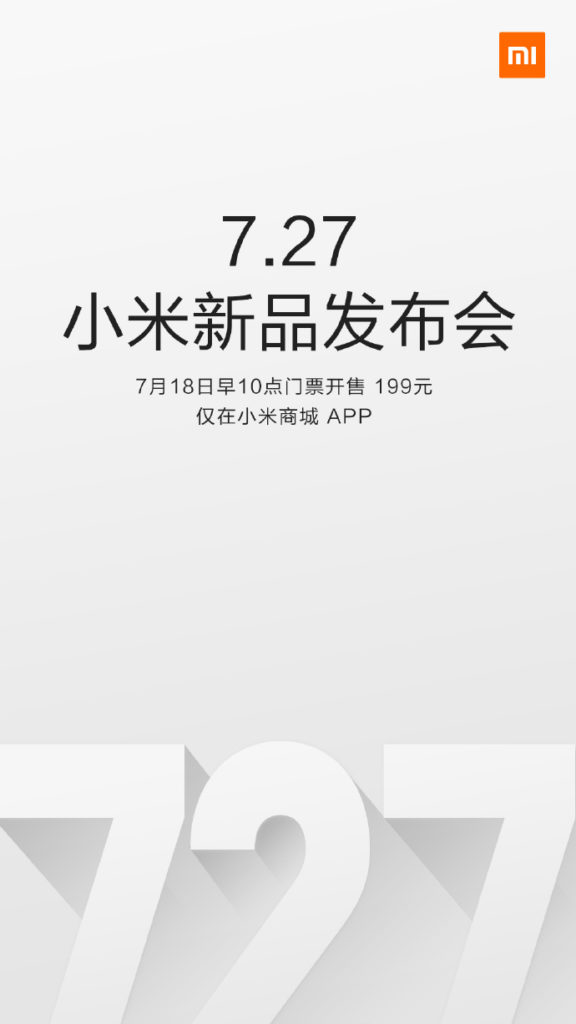 Xiaomi has scheduled a special event in Beijing National Convention Center, China for its new product launch. According to the reports, Xiaomi will announce the most rumoured Redmi Note 4 at the event. It will be the successor of Redmi Note 3 which had done a great job in terms of sales number in China and other Asian countries including India.

Earlier the Redmi Note 4 already leaked couple of times hinting a unibody metal design and dual rear cameras with LED flash being placed between them.

The smartphone will not only the high-end product being announced at the event but it is also expected a Xiaomi branded laptop. There were already reports that Xiaomi is working on its first laptop and now it seems the news will come true. As far the specs of Xiaomi laptop is concerned, it is expected to feature a 12.5-inch screen and will be running on latest version of Windows operating system.

Just yesterday specs of a Xiaomi high-end smartphone surfaced online which is tipped to be called as Xiaomi Pro. The device might features a 5.5-inch FHD display, powered with Qualcomm Snapdragon 821 CPU, 4GB/6GB RAM, runs on Android 6.0 Marshmallow with MIUI 8 on top and a 3700mAh battery.

Those who are interested in witnessing the launch event at Beijing can buy tickets for 199 Yuan.