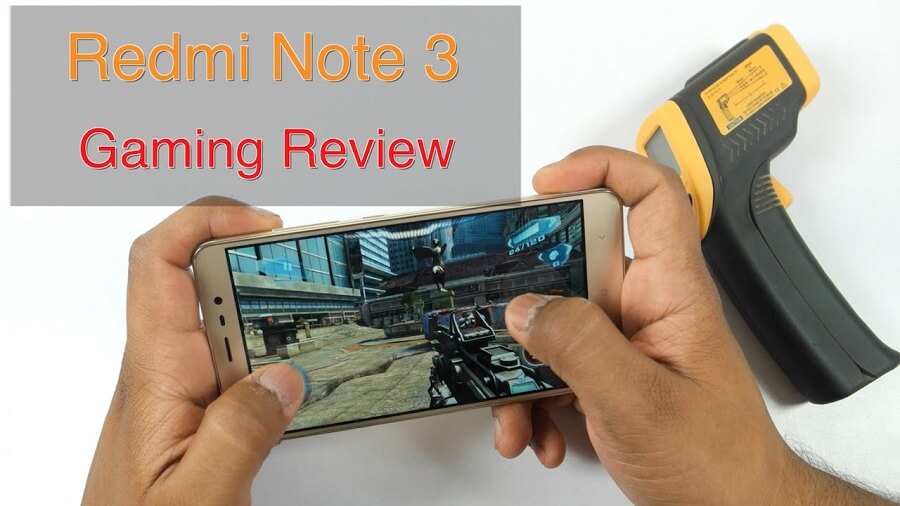 Xiaomi Redmi Note 3 is one of the most successful Android smartphone in India and why not as the smartphone packs with really some solid specifications like 5.5-inch Full HD display, Snpdragon 650 CPU, 3GB RAM, 32GB storage, 16MP camera and more importantly 4000mAh battery. You need to spend just Rs. 11,999 to get Android mobile bundled with all these high-end specifications. Xiaomi India recently announced that they have successfully sold our 6 lakhs Redmi Note 3 units in India. This figures talk a lot over the success of the smartphone in the Indian market.

There are many people still wondering how would be the performance more importantly the Gaming performance of Redmi Note 3 before they make a mind to purchase the handset. So, here we have shared a video where the YouTuber named Geekyranjit plays various high-end games on the Redmi note 3 device and checks the temperature to see whether there is any heating issues. He plays 300 Game, Riptide GP2, Asphalt 8, Modern Combat 5, and Nova 3 without any lagging issues and graphics at its best. Also top 5 Games to be played on Redmi Note 3

Various benchmark scores from Geekbench, AnTuTu Benchmark, and more also shared and the device has impressive scores in all the benchmark tests.

Recently Motorola to take on the Redmi Note 3 announced its fourth generation of Moto G smartphones dubbed as Moto G4 and Moto G4 Plus in India. We have shared the complete specs & features comparison overview of Xiaomi Redmi Note 3 vs Moto G4 Plus in our previous article. It is said that the Mi device is on upper hand in terms of performance while the Moto G4 Plus has a better camera.