Xiaomi Redmi Note 4G is the first Xiaomi Android smartphone launched in India with 4G LTE connectivity. It was launched back in December last year pricing just Rs. 9,999 exclusively on Flipkart. Lather the device was also available to grab from other stores like Airtel stores, other online store and The Mobile Store.

Today the company has dropped the price of Redmi Note 4G to Rs. 7,999, flat price drop of Rs. 2,000. The phablet for just Rs. 7,999 can be purchased from Mi.com, other online and offline retailer stores across India. 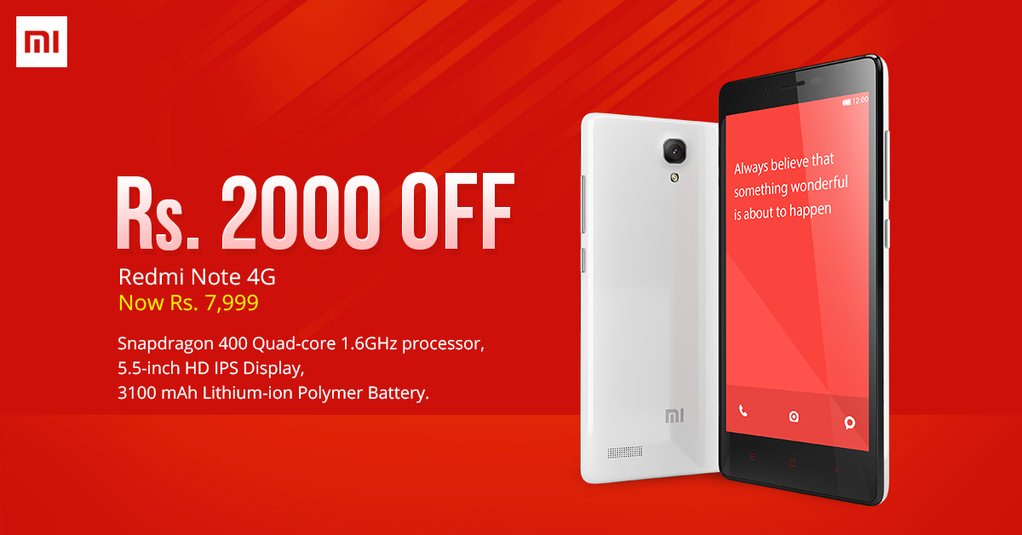 To remind you, the Xiaomi Redmi Note 4G is a phablet with massive 5.5-inch HD display, is powered by a 1.6GHz quad-core Qualcomm Snapdragon 400 processor,2GB of RAM, 8GB of internal storage and 13MP primary camera. Other features includes LTE support, 3G, Wi-Fi, Bluetooth, a 3100 mAh battery and A-GPS.

In addition, yesterday Xiaomi launched the Mi Store app for Android where users can purchased various smartphones and accessories. It is the beta version, so it will be not available on Play Store. The final version of the app is expected to launch in the next few weeks.