After the tremendous success of Redmi Note 4, Xiaomi announced its successor dubbed as Redmi Note 5 at an event in New Delhi yesterday. While Redmi Note went on sell more than 9.6 million units in 2017, Xiaomi aims for the same sale records with its latest Redmi Note 5. Pricing starting at Rs. 9,999, the Redmi Note 5 brings incremental upgrades such as improved cameras, taller 5.99-inch 18:9 display and other design tweaks. In this post, we have shared complete comparison overview of Redmi Note 5 vs Redmi Note 4. 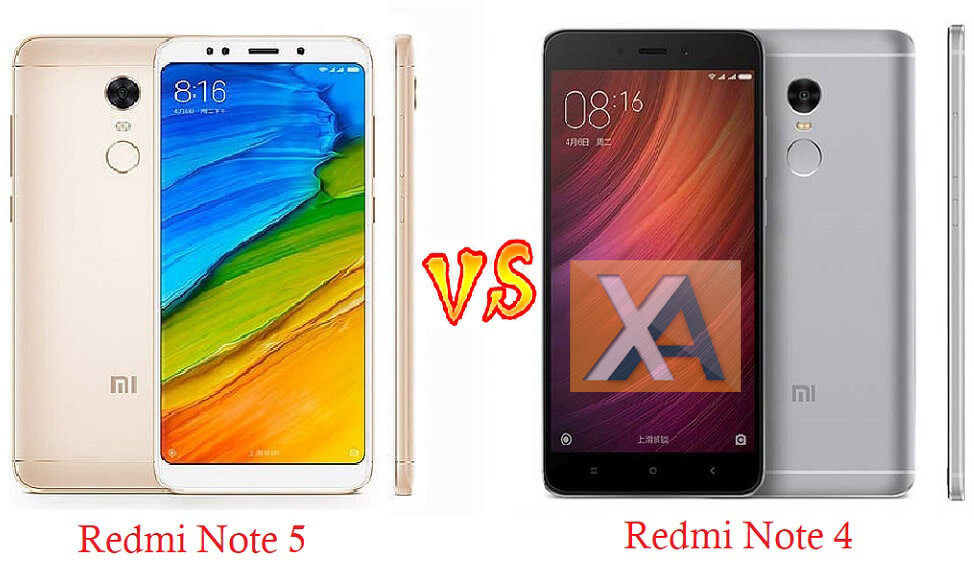 On the storage front, the Redmi Note 5 and Redmi Note 4 has similar storage variants – 3GB RAM with 32GB storage and 4GB RAM with 64GB storage. It also have hybrid dual SIM support where the second slot can be used for further memory expansion up to 128GB.

Both the devices runs on MIUI 9 based on Android 7.1.1 Nougat OS, features rear fingerprint scanner and has 4G VoLTE connectivity.

You can also refer the following table for Redmi Note 5 vs Redmi Note 4 comparison overview.