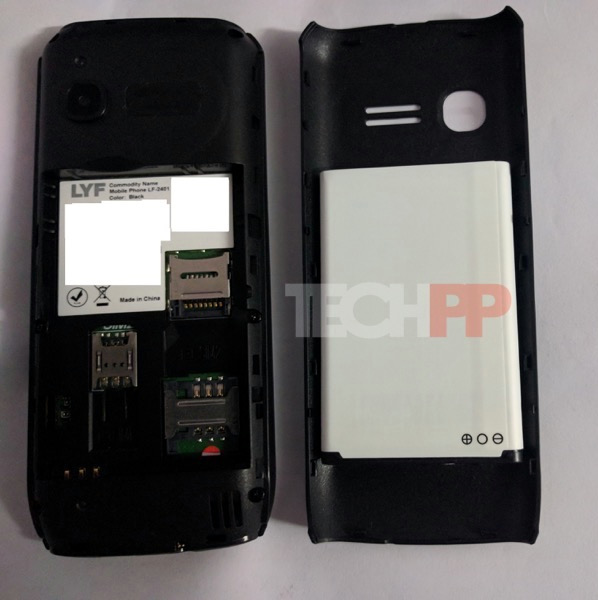 Feature phones in Indian market are limited on 2G/3G networks, so Jio feature phone with 4G VoLTE connectivity could be another reason behind its upcoming success. However, the name of upcoming Jio feature phone is still mystery, but Reliance could launch this under its already existing LYF brand, which offers 4G handsets at an affordable price. This device will be sold across various Reliance offline and online stores in India.

Although the first image of the Reliance upcoming phone leaked earlier this year, today we have a fresh photo from TechPP. According to the source, the upcoming LYF feature phone runs on KAI OS, a forked version of HTML-based Firefox OS that was killed by Mozilla last year.

The device could also include app store called KaiOS Plus where you can download Facebook and other Jio applications. The various connectivity options includes Wi-Fi support, including VoWiFi, GPS, Bluetooth 4.1, 4G VoLTE and USB tethering.

The Reliance Jio 4G feature phone will come with a 5.4-inch display, and includes 512MB RAM, 4GB internal storage with a microSD card slot for memory expansion up to 128GB. The device is also expected to come with a 2-mepaixels rear camera on the rear side and a VGA camera on the front.

It packs with a 2000mAh removable battery and likely includes dual SIM support (micro+nano). Like other feature phones, it also includes a torch light with dedicated key.