Android 9.0 Pie is the latest version of Android released by Google earlier this month. With this launch, most of the Xiaomi Mi & Redmi phones under might be wondering when this amazing update will be available for their Mi & Redmi devices. For all those users, here we have shared Xiaomi Android 9.0 Pie MIUI 11 Update Release Date, Eligible Devices, Downloads, and Features.

As we all know, Xiaomi phones runs on company’s own custom skin called ‘MIUI’. MIUI 10 is the latest version which is based on Android 8.0 Oreo. So, un-doubtfully the upcoming MIUI 11 update will be based on Android 9.0 Pie update. 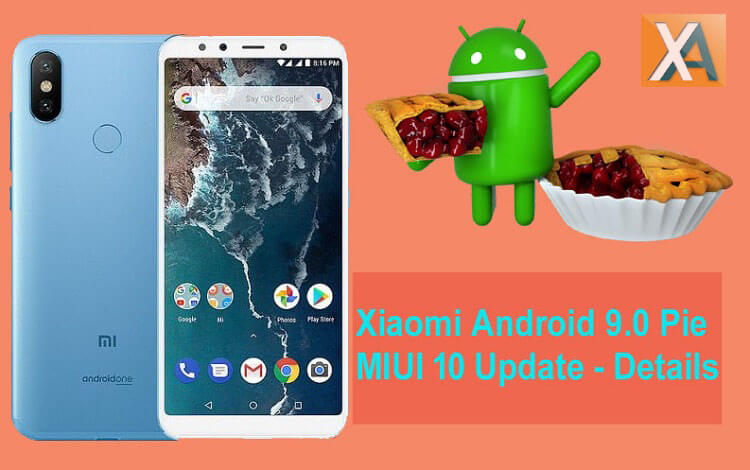 The following are the list of Xiaomi phones expected to get Android 9.0 Pie-based MIUI 11 update –

Note: The above is the official list of devices confirmed to get the MIUI 11 update.

There is no official news regarding the release date of Xiaomi Android Pie update. But, the Xiaomi Mi A1 and Mi A2 being an Android One devices will get the Pie update in the coming weeks. Other eligible Xiaomi phones will get the update only in early 2018.

Basically, the new Android Pie 9.0 is one of the most sophisticated OS from Android which has been enhanced with plenty of new features, applications, UI and GUI and lots more giving you great user experience.

The following are the top features of Android 9.0 Pie update –

Google has finally dropped the standard three-button navigation bar at the bottom of the screen i.e. the Back, Home, and Recent buttons in favor of a new gesture-based navigation system. All the latest devices running on Android Pie includes this as a default feature while the old devices have to manually enable this after updating from Settings > System > Gestures and enable Swipe up on Home button.

A new feature called adaptive battery uses AI to optimize your energy consumption according to your app usage. It recognizes which apps you’re actively using, frequently using, frequently using together as a set or rarely using. With this information, it intelligently limits which apps are able to use up your battery life. It prioritizes everything based on your individual usage, and we can’t wait to see how well it adapts over time.

This is one of the unique feature introduced by Google in its latest Android 9.0 Pie ROM. It gives you the entire data of the amount of time you spend on your device. With Dashboard, you can see how long you’re using your phone to send messages, stream content, surf the internet, or even make calls. You’ll also be able to set up screen time limits for specific apps, like YouTube, and even receive recommendations to take a screen break.

Similar to App Actions, Slices let you jump right to certain actions in apps. For instance, Google says that if you search for Lyft on your phone, you’ll see a shortcut to hail a ride to work, complete with price and ETA.

Xiaomi hasn’t started rolling out Android 9.0 Pie update for its devices, but thanks to developers we have AOSP 9.0 ROMs which gives the similar experience. Refer the below button to download and install Android 9 Pie AOSP ROM on Xiaomi phones.

Stay tuned to XiaomiAdvices as we’ll update once Xiaomi announces anything official about the latest Android 9.0 Pie MIUI 10 Firmware.