Xiaomi Android Q Update: Xiaomi sub-brand Poco launched its first smartphone in India dubbed as Poco F1. Pricing at Rs. 20,999 (Mi Mobile price list), the device comes packs with all those specifications and features users looking in a flagship smartphone. At the time of announcement, Xiaomi confirm to release Android 9.0 Pie update to Poco F1. Now, fulfilling the promise, the Chinese smartphone giant has started rolling out Android 9.0 Pie based MIUI 10 Beta ROM while the stable update is expected in Q4. 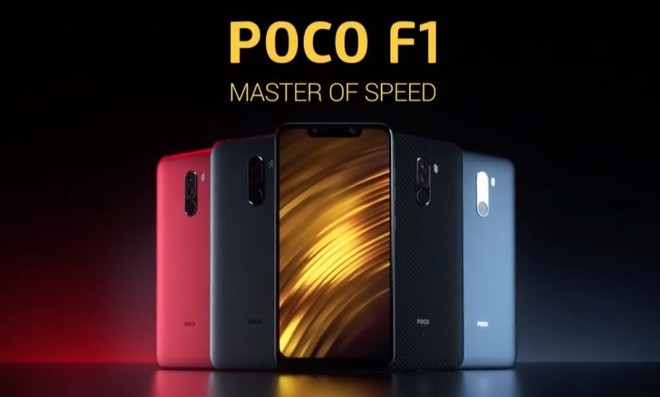 Xiaomi didn’t reveal anything about the Android Q update for Poco F1 at the launch event. Well, thanks to jai Mani, Pocophone Globals head of product, officially confirmed that the Poco F1 will be among the first company phone to get Android Q (Android 10) update. This means that the company intends to fulfil the two-year software support promise that other OEMs also offer.

We’ll do at least P and Q

Most of the smartphones powered with Qualcomm Snapdragon 845 will get at least Android Q update, so it makes sense Xiaomi making the Poco F1 eligible for the same.

Recently, Xiaomi revealed that it is working with Google and Qualcomm to soon release an update which will bring the widevine L1 support to POCO F1. The update is expected to be rolled out to MIUI Beta ROM users first by Q4, 2018, i.e. by the end of this year.

To remind you, the Poco F1 flaunts a 6.18-inch Full HD+ IPS LCD display with a Corning Gorilla Glass on top. It is powered by a Snapdragon 845 SoC coupled with 6GB/8GB of RAM, 64GB/128GB/256GB internal storage and runs on MIUI based Android 8.1 Oreo. On the camera department, there is a 12MP Sony IMX363 primary camera coupled with a 5MP secondary camera. For taking selfies, a 20MP camera is allocated on the front. A 4,000mAh battery provides backup to the device.