Xiaomi officially released the Game Turbo 5.0 for global devices; however, it is not rolled out for China devices for unknown reasons. On this page, you can download Xiaomi Game Turbo 5.0 APK free for Xiaomi, Mi, Redmi, Poco, and other Android devices. 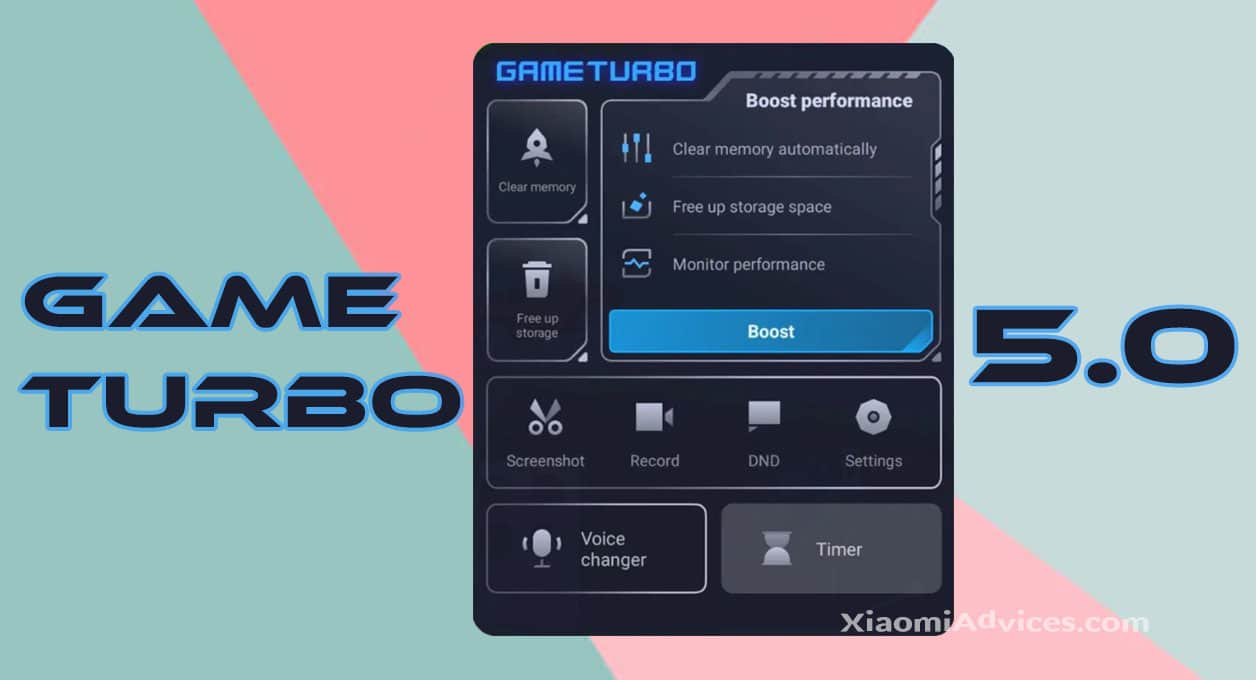 What is Xiaomi Game Turbo?

Game Turbo is an inbuilt app for Xiaomi devices that help to improve the gaming experience and mobile performance. This amazing tool makes you enjoy the endless fun of non-stop gaming on your device. Game Turbo 5.0 stabilizes the internet network and memory while playing your favorite game on the device.

You can download Game Turbo 5.0 apk file from this link.

How to Install Game Turbo 5.0 APK?

Game Turbo 5.0 APK can be used on any Android device that is running on Android 6.0+ and later versions. It will work on all the devices running on the global variant of MIUI as they’re supported. However, it will not work on the MIUI variant for China.

No, it works only on MIUI devices.

Yes, you can uninstall the app later.

Obviously, Game Turbo 5.0 because of the New UI and Performance Monitoring feature.

Q) What is a Performance Monitor?

It is a feature of Game Turbo 5.0 that lets you see the past FPS for comparison.

Q) Does China MIUI ROMs will get Game Turbo 5.0?

Unfortunately, there is no information on whether Xiaomi will implement Game Turbo 5.0 in MIUI China ROMs.

If you have any queries or suggestions, feel free to contact us.