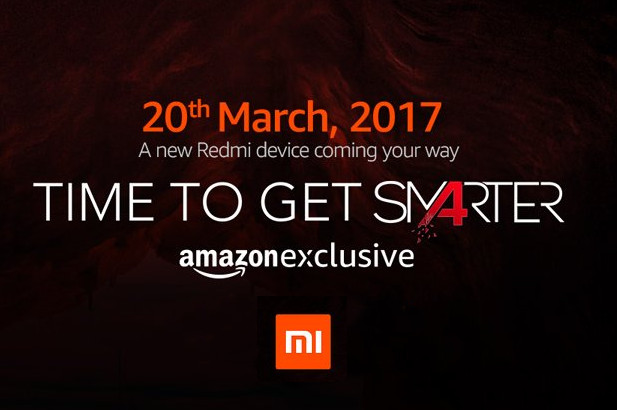 Xiaomi already said that it is going to introduce a new product in India on March 20. Today, the company has confirmed the launch of new Redmi smartphones in the country. It also started sending out invites for the event which is scheduled to be held on March 20th in New Delhi. According to the reports, we could see the launch of 4 new Redmi smartphones – Redmi 4, Redmi 4 Prime, Redmi 4X and Redmi 4A. It will not be the initial announcement of the smartphones in India as these were already introduced first in China back in November last year (Only Redmi 4X was unveiled last month).

Though there is no official confirmation regarding the number of Redmi phones to be unveiled at the event, but reports claims the launch of all the four variants. These are the budget offerings from the Chinese giant specifically targeted for people looking for cheapest handsets. The following are the official tweets from Redmi India regarding the launch event.

The Xiaomi Redmi 4 sports a 5-inch 720p display, along with 2GB of RAM and 16GB of internal storage. It is powered by a Snapdragon 430 SoC, also features a 13MP rear facing camera and a 4,100mAh battery on the back. Coming to the Redmi 4 Prime, it has a 5-inch FHD display, 3GB of RAM, and is powered by a Snapdragon 625 CPU. All the other specs are identical to the ones of the Redmi 4.

The Redmi 4A is the cheapest handset here, which sports a 5-inch HD display, 2GB of RAM, is powered by a Snapdragon 425 processor, a 13MP rear camera (5MP front camera), 16GB of internal storage, and a 3,120mAh battery support on the back. This one doesn’t include fingerprint sensor. At last but not least, the Redmi 4X comes with a 5-inch 720p display, Snapdragon 435 SoC, a 13MP rear camera, a 5MP front camera, and a 4,100mAh battery support.

Stay tuned as we’ll update once the above Redmi smartphones are announced at the March 20th event.