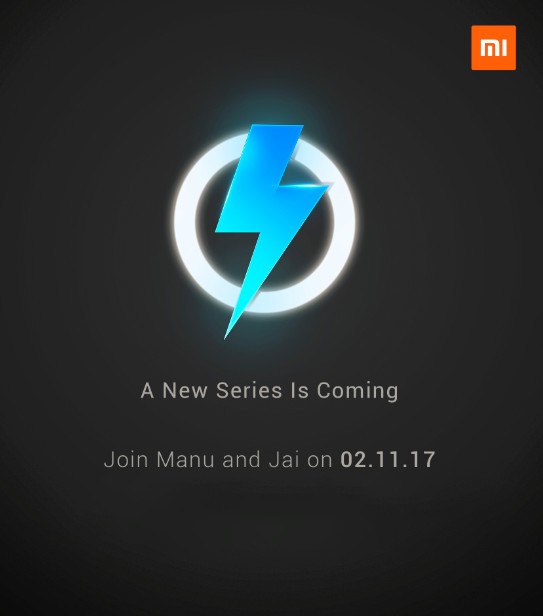 It’s just two weeks Xiaomi launched the Mi Mix 2 flagship in India for Rs. 35,999. Before this, the Chinese smartphone vendor also announced the Mi A1, its first Android One device in collaboration with Google. With this, it’s quite clear that Xiaomi wants a better grip to the Indian market. Today, we have another good news for Xiaomi fans that the company has scheduled a special event on November 2 where we can expect the launch of “new series” smartphone.

The invitation clearly shows a fast charging icon, so it is expected to see a new smartphone with fast charging technology. These feature was missing on Redmi Note 4 and Mi A1, so it looks like Xiaomi is finally going to address that particular issue with its new smartphone.

Xiaomi Redmi Note 4 is currently a hot selling product in India and the successor of the same will be liked by everyone. So, one can also expect the launch of Redmi Note 5 as it’s a new series that is not yet launched in China too. Recent rumours claims that the Redmi Note 5 could come with 18:9 display and upgraded camera sensors.

Or it could be the launch of MIUI 9 for the global variants. But, this probably not happen as the invitation clearly mentions the launch of a new series. MIUI 9 is the latest version of Xiaomi’s custom skin bringing performance improvements alongside new features. Also MIUI 9 Features.

So, what do you think Xiaomi India will launch on November 2? Let us know in the comments below. Also, stay tuned with us as we’ll update with more information about it once company posts anything on social media channels.