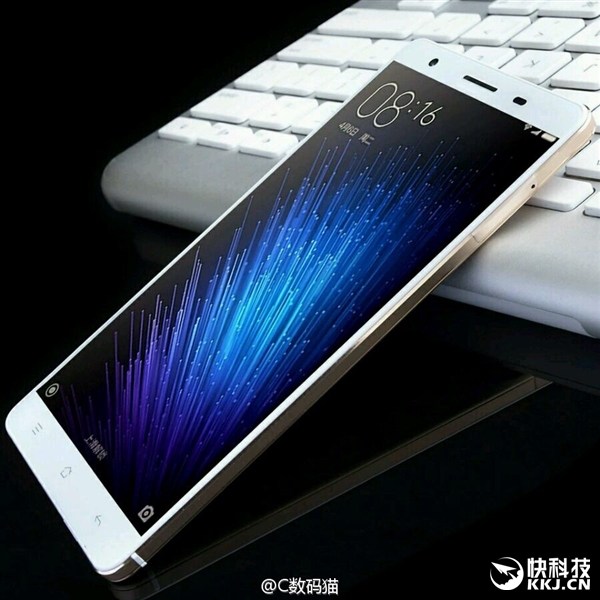 It’s hardly one week left for the official announcement of Xiaomi largest smartphone, the Xiaomi Max. The device already surfaced in the previous leaks and today we have another leak which clearly shows the design of the phablet. The picture shows thin metal body and the phablet besides computer keyboard focuses on the 6.4-inch massive display.

That’s not the only feature surfaced in the new image leak, but also clearly shows an entirely different front panel compared to the last leaked one. In the new pic there is no big Home button but you will find three regular capacitive buttons like other Xiaomi smartphones. This clearly shows that the Xiaomi Max will feature fingerprint scanner on the back unlike the Mi5 which features in the front home button.

Apart from the smartphone pictures, two other pictures showing silicon case and user guides package has been surfaced. The Silicon case has two cut out holes in the back – one for the cameras & LED Flash and another for fingerprint scanner. 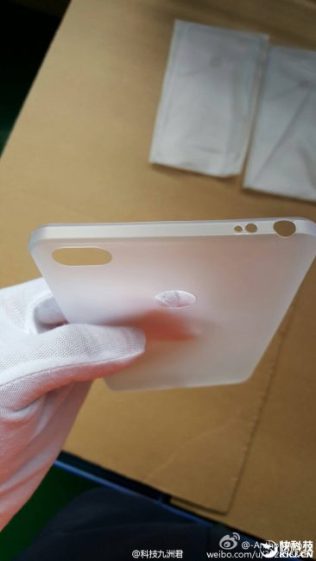 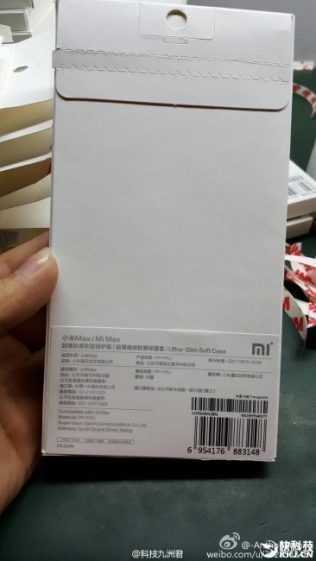 Considering the specs, the Xiaomi Max is expected to powered with 1.8GHz Hexa-Core Snapdragon 650 Chipset, 2GB RAM, 2K display, 16GB on-board memory (microSD support), and 4G LTE support. Like Redmi Note 3, the phablet may be announced in different variants. The device would be the first Xiaomi smartphone to be shipped with MIUI 8 out-of-the-box.

We can expect few more leaks in the coming days till the Xiaomi Max is made official on May 10th. Stay tuned for more updates.