It’s hardly 10 days left for the Xiaomi Mi 5 flagship to become official and still we doesn’t have the list of confirmed specifications and features. But it seems Xiaomi will slowly enclose all its official specs and features ahead of its launch being set on February 24th, 2016. 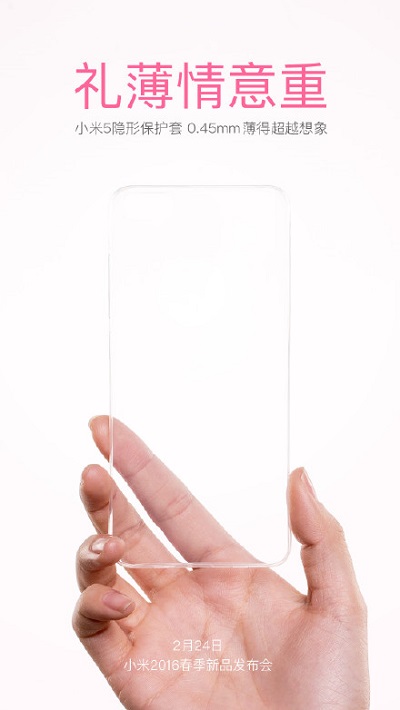 Xiaomi yesterday teased the Mi 5 protective case which provides a fair idea about the size of the upcoming flagship smartphone. Looking at the above image, it is clear that the device is compact enough to be easily hold in one hand. We already have the rumors regarding 5.2-inch display of Mi 5 and now it seems all that rumors comes true. But some of the benchmark apps like GFXBench showed a 5.7-inch display instead of 5.2-inch. As, the case is teased by Xiaomi itself it is quite confirmed that the upcoming flagship will sport a 5.2-inch display.

Apart from the rough dimensions, company also revealed that the silicon case will be just 0.45mm thin which can be perfectly fit to the Mi 5 keeping it super slim.

Looking closer at the case we can find the camera location at the top left of the handset. The oval cut out looks perfect for single camera coupled with dual LED flashed, but not for dual camera design. 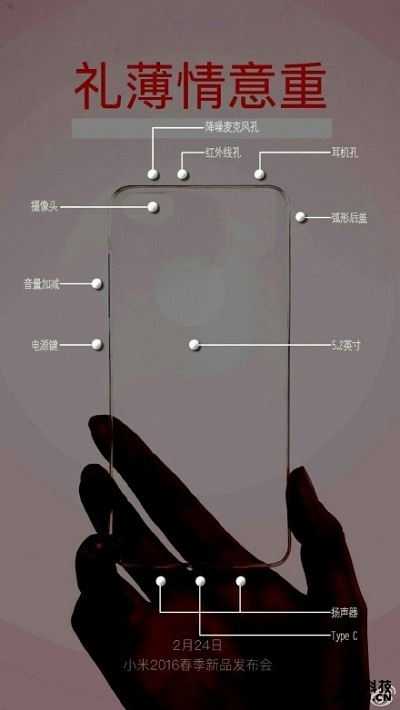 The cuts on the right side of the case reveals the power and volume blockers keys while a circle cut on the rear side should be for fingerprint scanner. At the bottom, the case has 3 cut outs for dual speakers and a USB type C.