Xiaomi Mi 5, the 2015 flagship smartphone rumored several times to be made official before the end of the year 2015. However, it seems that the rumours comes true has the smartphone recently got the China’s 3C Certification along with the mid-ranger Redmi Note 2 Pro. Xiaomi has organised an event in China on November 24th where we can expect the announcement of both these devices. The company has already started sending invites for the launch event in Beijing.

Though we have number of rumors of the upcoming Xiaomi flagship smartphone, we didn’t have the clear idea of its specifications and features. The latest rumors claims a Qualcomm Snapdragon 820 chipset under the hood which makes the Mi 5 to become the first smartphone powered with Snapdragon 820 processor. The same chipset will be included in Samsung next generation flagship devices namely Galaxy S7 and Galaxy S7 Edge. 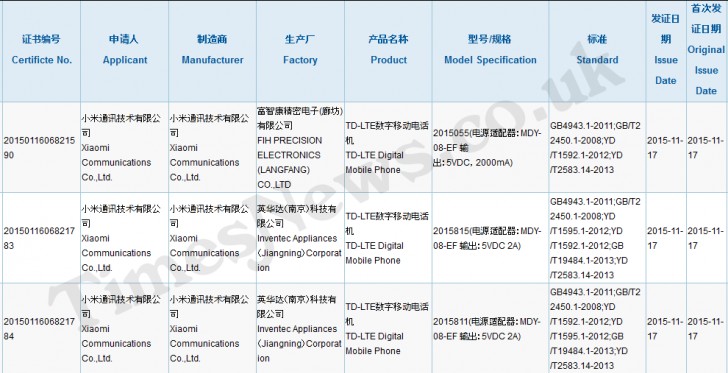