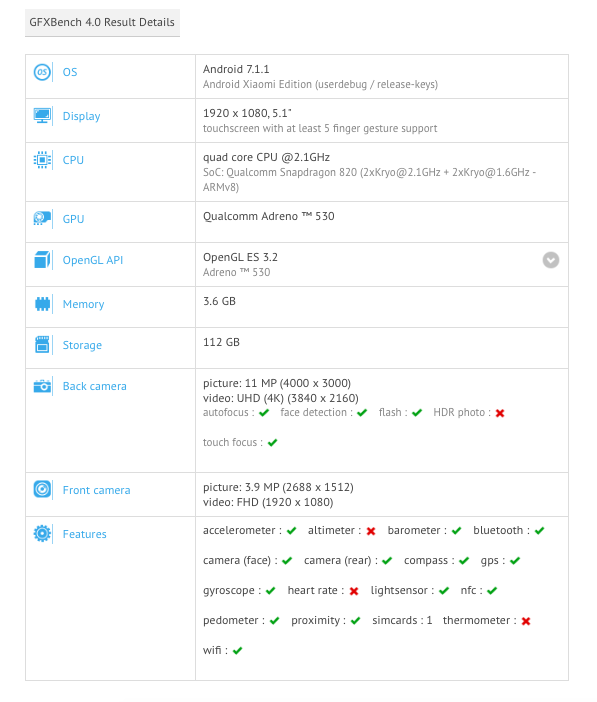 According to the GFXBench listing, Xiaomi is currently testing Android 7.1.1 Nougat OS update on Xiaomi Mi 5s. So, it is expected that the company soon release official stable Nougat update in the coming days.

There was already news Xiaomi working on Android 7.0 Nougat update for its list of devices including the Mi 5s. Now it seems the Chinese smartphone vendor directly release Android 7.1.1 update instead of Android 7.0.

Xiaomi Mi5 was the first device from Xiaomi to get the taste of Nougat with its latest MIUI 8.2 China Stable update. There were also other Mi & Redmi devices which were upgraded to MIUI 8.2, but it was based on same Android version. It brings various new features like Swipe to delete lock screen notifications, UI adjustments for toggles, battery saver toggle added to the notification shade, new wallpapers, and more.

Unlike other Chinese smartphone vendors including Vivo and Oppo, Xiaomi is the one well known for updating their MIUI (its own custom ROM based on Android) phones regularly.

No exact time frame available regarding the rollout of the Nougat update. Stay tuned as we will let you know once the update starts rolling out via OTA.