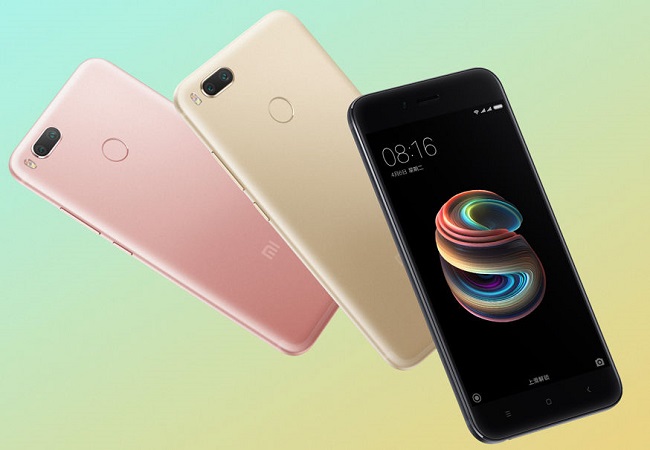 Xiaomi India’s Managing Director Manu Kumar Jain is teasing the launch of company’s upcoming smartphone for the Indian market. He says that it will be the first Xiaomi phone with dual camera setup to launch in India. As of now, Jain didn’t revealed much about the device but it is expected that the upcoming smartphone will be Xiaomi Mi 5X. However, talking about the smartphone launches in India, they launched Mi Max 2 last month and soon we’re getting another smartphone in the mid-range segment.

Xiaomi India’s managing director in his tweet on Monday said, “Can’t wait for you guys to check out Xiaomi’s first dual-camera phone in India! Coming next month! Can you guess which one?”. Till date, Xiaomi launched three smartphones with dual camera setup in China namely Redmi Pro, Mi 6 and Mi 5X. Of all the three, Xiaomi Mi 6 and Redmi Pro launched long time back, so Mi 5X seems to be primary contender for the launch.

To recall, Xiaomi Mi 5X was recently launched in China, and it runs on MIUI 9 based on Android Nougat out of the box. The device is priced at RMB 1,499 (Rs. 15,000 approx.) and comes in Black, Gold and Pink color options. It is expected that Xiaomi India shall offer the smartphone at the same price point.

Coming to the specifications and features, the Xiaomi Mi 5X flaunts a 5.5-inch full-HD (1080×1920 pixels) LTPS display and is powered by a 64-bit octa-core Snapdragon 625 SoC. It has 4GB of RAM and 64GB in-built memory with an option to expand using a microSD card.

The smartphone will come with a pair of 12-meegapixels wide-angle lens and a telephoto lens. On the front, there is a 5-megapixels camera with real-time beautification. It runs on Android Nougat based MIUI 9 ROM.

The connectivity options included within handset are 4G VoLTE, dual-band Wi-Fi 802.11ac, GPS/ A-GPS, USB Type-C Port and 3.5mm headphone jack. It has a 3,080mAh battery support which is well enough to provide backup for an entire day.