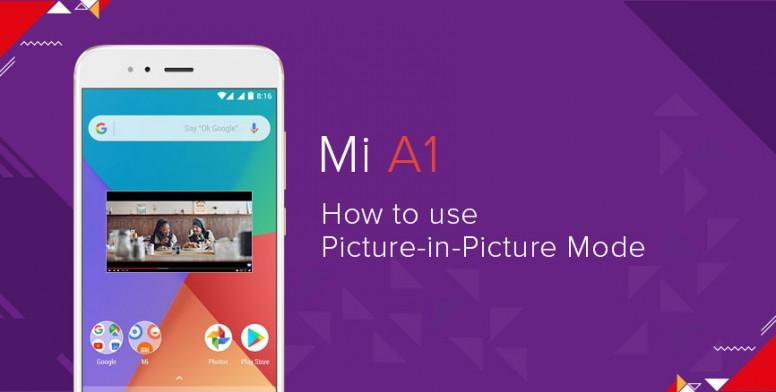 As promised, Xiaomi released Android 8.0 Oreo update to the Mi A1 smartphone. With this roll out, most of the Mi A1 users will be enjoying the Google’s latest operating system. As we all know, Android Oreo is a major Android upgrade with lots of new features and performance improvements. One such feature users wanted to get their hands is Picture-in-Picture mode (PIP Mode). Here we have a simple tutorial on how to use Picture-in-Picture mode on Mi A1.

The Picture-in-Picture mode is one of the best Android O feature which makes the multitasking easier. PIP mode (Picture-in-Picture) is basically a floating window which overlays other parts of the system. With this mode enabled, one can stream videos alongside browsing on internet, apps, and even multi-tasking. It also works with Google maps and video calls.

As of now, only few apps are compatible with Mi A1 Picture-in-Picture mode, but it is expected to grow over time. In fact, there might be some apps you don’t want to have play in PIP at all. The following are the apps currently supports PIP mode –

How to Enable PIP Mode (Picture-in-Picture) on Mi A1:

Step 1: Launch Settings app on your Mi A1. 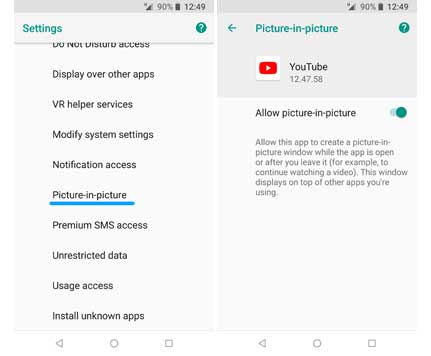 How to Fix Duplicate Contacts Issue on Xiaomi Mi A1