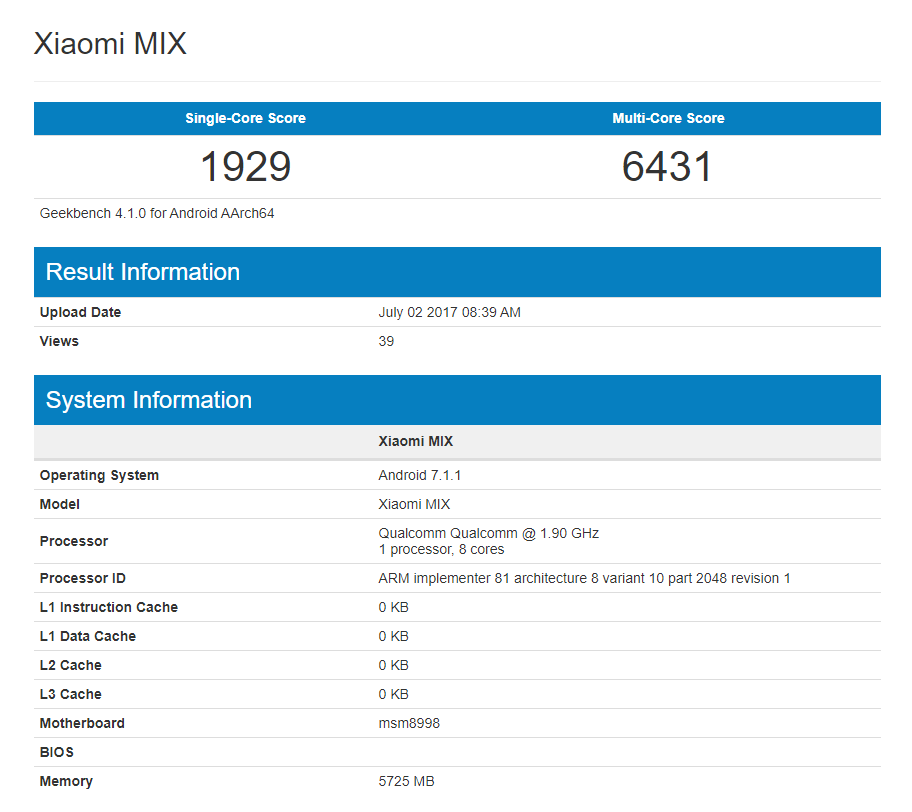 Xiaomi Mi Mix 2 is the next anticipated launch of the Chinese smartphone giant. There is no official news regarding the specifications and announcement date of this device. Today, the device has been landed at GeekBench which reveals some of the key specifications and features.

As per the GeekBench listing report, the successor of last year Mi Mix will be powered by an Octa-Core Snapdragon 835 processor clocking at 1.90 GHz. It includes 6GB of RAM and runs on Android 7.1.1 Nougat with company’s own MIUI 9 skin on top.

Other rumors of Xiaomi Mi Mix 2 includes 6.4-inch dual curved AMOLED 2K screen with under display fingerprint scanner. Though it was Apple who rumored to become the first OEM Company to bring under display fingerprint sensor technology, but it was Chinese company named Vivo who brought this kind of demo in the recently held MWC Shanghai. Also, the next bezel-less smartphone from Xiaomi is expected to come with a body-screen ratio greater than 91.3 percent and an aspect ratio of 18:9.

Apart from Xiaomi Mi Mix 2, we can also see launch of Mi Note 3, Redmi Note 5, Mi 6 Plus and Redmi Pro 2 in the second half of 2017. Stay tuned for latest Xiaomi news and updates.