Xiaomi, the China-based smartphone manufacturer has released a new teaser on Weibo which points to the upcoming smartphone, the Mi Note 2. Earlier this, there was also a leak suggesting the specifications of the Mi Note successor.

The teaser shows a football pitch image with 2>5 caption that translates roughly as “Love it, no one lose”. Though it’s very hard to suggest which device the Xiaomi is talking about, but considering all the previous leaks as well as the number ‘2’ it points out to the Mi Note 2. The caption 2>5 could also mean that the upcoming Mi Note 2 will be more powerful smartphone than the current Xiaomi Mi5 flagship. 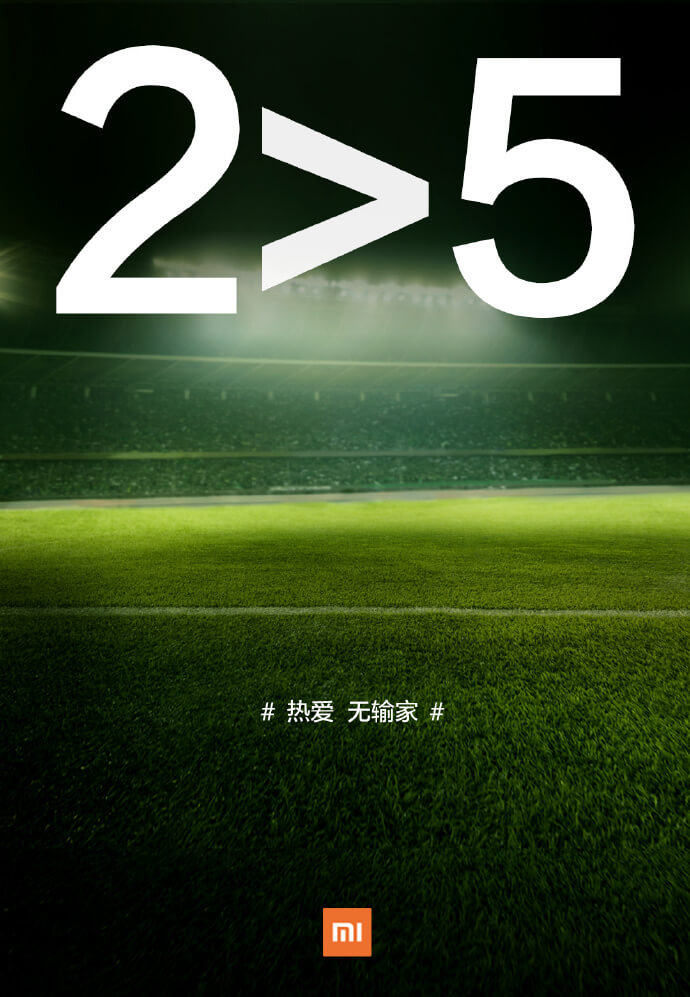 Just similar to that of Xiaomi Mi5, the Mi Note 2 could also launched in three different variants – 4GB RAM/32GB, 6GB RAM/ 64GB and 6GB RAM/128GB. Coming to the release date, it is expected to launch somewhere in August this year.

Stay tuned as we’ll update once the smartphone is officially announced.