Earlier we have news that Mi Note is receiving Marshmallow upgrade and now it also started seeding to Mi 4, the company flagship smartphone. The update brings the version Marshmallow 6.0.1 MMB29M.

Coming to the size of the update, it is just 100MB and rolled out via OTA. For more details on update, do refer the below screenshot. 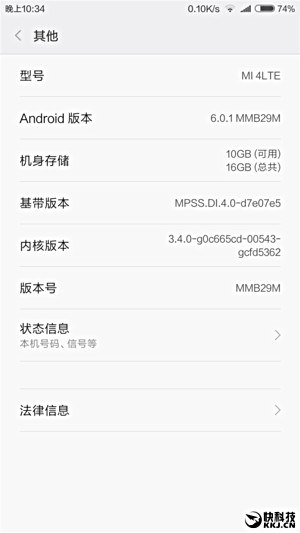 After installing Android 6.0.1 Marshmallow OS on Xiaomi Mi 4, users will notice change in the UI and it becomes much smoother.

To let you know, the device was unveiled back in 2014 running on Android 4.4.3 KitKat out of the box. It received Android 5.1.1 Lollipop update based on MIUI 7 back in October last year and recently Xiaomi rolled out MIUI 7.1 update.

If you’re one of those Mi 4 user who have received the update, do share the new features and changelog you noticed. Also let us know how well Marshmallow 6.0.1 runs on your flagship mobile.