Xiaomi announced that it will start rolling out MIUI 7 update to its Mi devices (global and China) starting from October 27. But according to the source, the Xiaomi Mi4 users already started receiving MIUI 7 update via OTA (over-the-air). The Mi4 is the company flagship smartphone and spotted in the list of Xiaomi devices receiving MIUI 7 update. The reports also claims that only the LTE version of the Mi4 is getting the update, no words on 3G variants. So, the MIUI 7 update takes certain time to hit all the devices and models.

So, it’s the Mi4 users who can experience the MIUI 7 first compared to other devices users. The MIUI Forum claims that the stable version of MIUI 7 will be rolled out together for both Global as well as Chinese variants. The update brings the version MIUI 7 7.0.5.0 (KXDMICI) with build number KTU84P and baseband version MPSS.DI.3.0-8698a4d. The total file size of the update is 666MB. 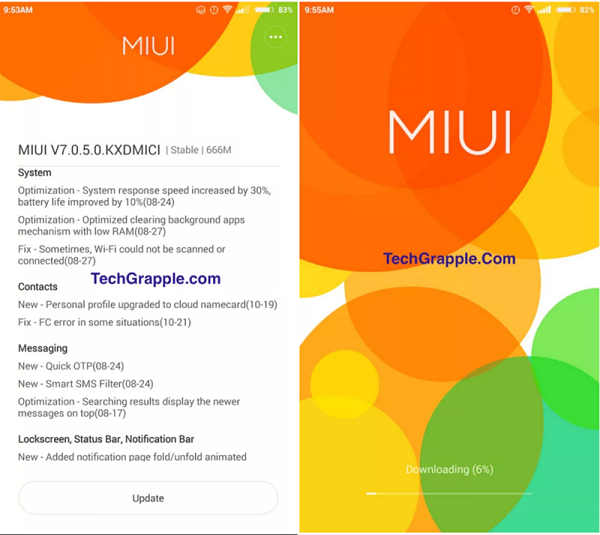 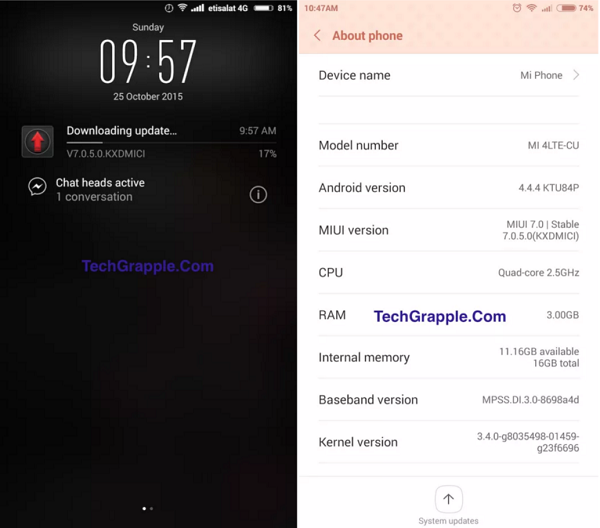 The Mi4 users little disappointed to hear that the device continues to run on Android KitKat after the MIUI 7 update. So, users cant taste the materialistic Lollipop based OS. The company already clarified that its latest MIUI 7 ROM brings Lollipop OS to its few devices while the other handset will struck on KitKat OS like in the case of Mi4. But never-the-less the MIUI 7 will provide you the better experience compared to MIUI 6.

Own any other model or Mi4 3G, then do let us known in case you received MIUI 7 OTA update.