Xiaomi, one of the top smartphone manufacturers is striving hard to bring Nougat update for their range of smartphones. Earlier the company has always disappointed its smartphone users for not rolling out update in time. But this time, due to competitive markets where various OEM’s have been updating their smartphone in regular intervals, Xiaomi too want to update their top devices. We already have rumors that the Mi Mix, Mi5/Mi5S, and Mi Note 2 are the first set of smartphones to get Nougat update. Apart from this, the latest leaks suggest that the brand is working on rolling out the latest Android builds even for device like Mi 4C which is more than a year and half old. There were already rumors regarding the Nougat update for Mi4C and now it’s clear that the update will happen soon.

According to a leak on Geekbench website (mobile hardware benchmarking service), the Xiaomi Mi4C will get Android 7.0 Nougat as the next update. Following is the screenshot of Mi4C latest benchmark scores where it clearly the device operating system as Android 7.0. It means the update might arrive somewhere in the coming days. Also Download best Media sharing app for Xiaomi phones 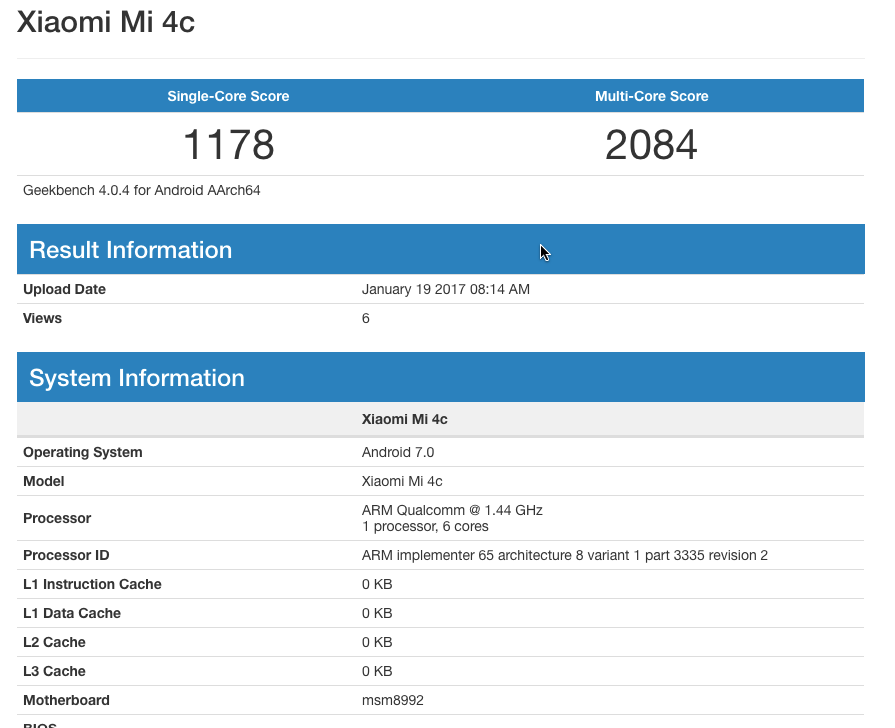 Coming to the features, the Nougat 7.0 is a major OS update from Google which brings many performances and UI upgrades. More importantly it improves the Android user experience by multiple times. But it’s still unclear whether the update will be based on MIUI 9 or not.