Xiaomi as promised launched its flagship smartphone dubbed as “Xiaomi Mi” in India for Rs. 24,999. It is the most awaited smartphone of Xiaomi which was first announced at an event in China and at the MWC 2016 held last month. Xiaomi also announced Mi4S at the same event and it seems the device is exclusively for the Chinese market as it is not announced today in India. 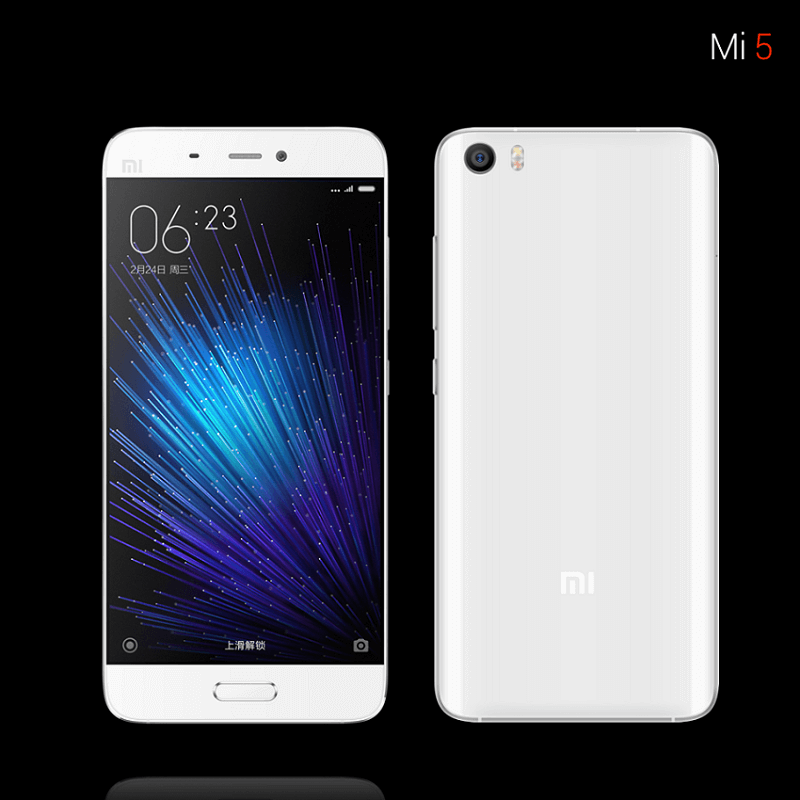 Coming to Xiaomi Mi5, it features a 5.15-inch (1920 x 1080 pixels) Full HD display with curved glass, 95% of the NTSC color gamut and 600 nits brightness. Under the hood, there is a Qualcomm Snapdragon 64-bit Quad-Core processor clocking at the speed of 1.8GHz coupled with Adreno 530 GPU.

On the storage front, the Mi5 has 32GB/64GB/128GB variants, but in India only the 32GB variant with 3GB RAM is announced. The device runs on Android 6.0 Marshmallow based on MIUI 7 out-of-the-box and has dual SIM (nano + nano) support. There is 16-megapixels camera on the back featuring dual-tone LED flash, Sony IMX298 sensor, f/2.0 aperture, PDAF, and 4K video recording, the 4-megapixels front facing camera can be used for Selfie and other video calling purposes.

Price in India: The Xiaomi Mi5 comes in three different color options – Black, White & Gold. It will be available exclusively on Mi.com for Rs. 24,999 through flash sale process starting from April 6th. There is also Mi protect service available for the device.