Xiaomi Mi5c, the successor of last year’s Mi4c already leaked in live images back in October this year and now again the device surfaces in new live images. It is rumoured for early December launch which is just few days from now and thanks to this leaks we got fair idea about the specifications and price tag. 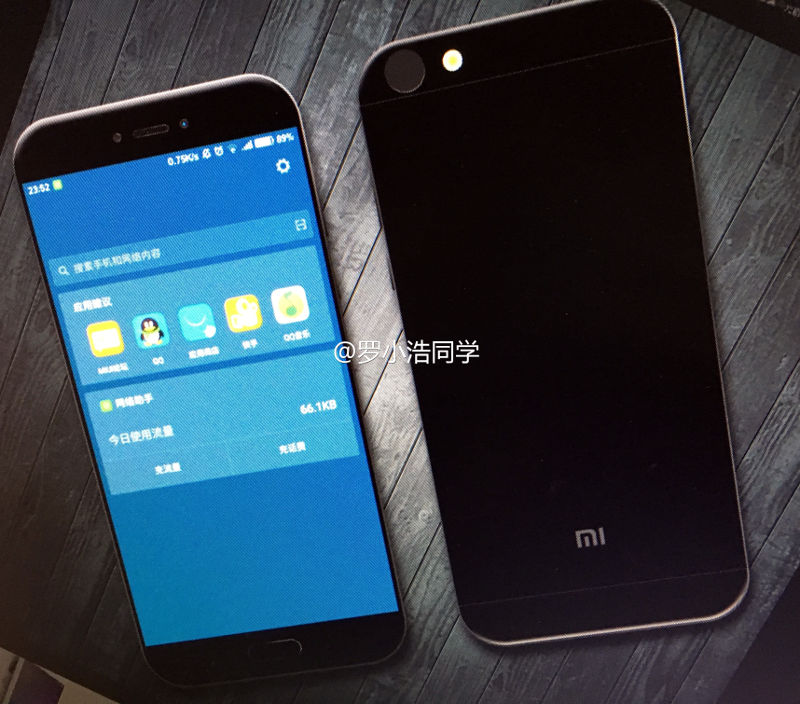 The smartphone with codenamed Meri is expected to cost just CNY 999 ($144 approx.) which is just half the price of the Mi5s. Just similar to that of iPhone 5c device, the Mi5c will be the lower-end device of the Mi5 flagship. According to the leaks, the Mi5c could be powered with a MediaTek’s Helio P20 octa-core CPU coupled with 3GB of RAM and 64GB of internal storage.

It should launch running on MIUI 8 with Android 6.0 Marshmallow on top. On the display front, it might feature a 5.5-inch 2.5D curved glass display and has 4G LTE support similar to various entry level devices. The device is expected to come in Rose Gold, Gold and Black colors versions.