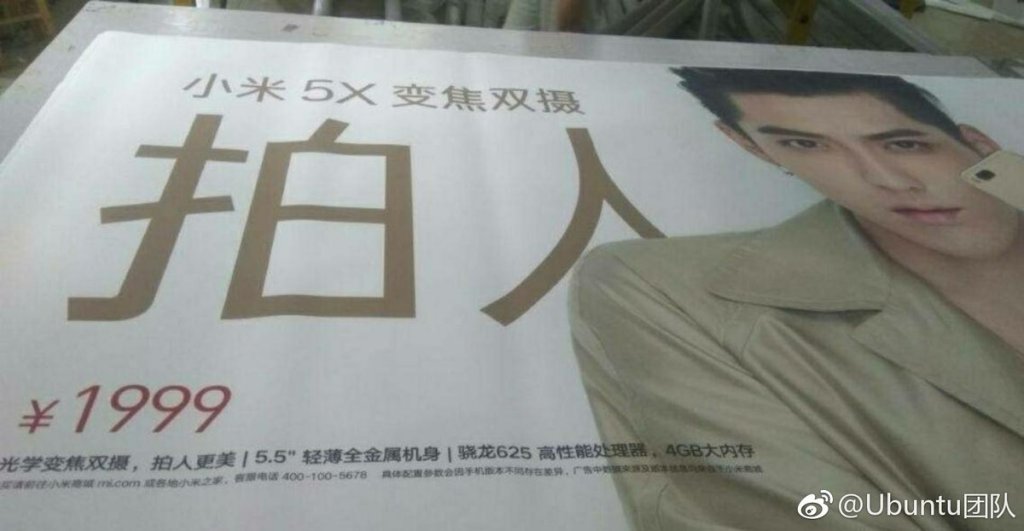 As per the leak, Xiaomi Mi5X sports a 5.5-inch Full HD display with Full HD (1080p) resolution. It is the most common display size Xiaomi brings to its mid-range devices. Coming to hardware, the device will be powered by a Snapdragon 625 processor coupled with 4GB of RAM and 64GB of internal storage.

See the above image, it’s quite clear that the Mi5X sports dual rear camera setup similar to latest Xiaomi Mi 6 flagship. The rear camera will feature OV12A10 OmniVision + OV13880 OmniVision and the front camera has an S5K5E8 sensor.

Lastly, the pricing details also leaked online which says 1999 Yuan or approx. $295 which is surely a best device under that price segment. These are only details surfaced online, but we’ll update with each and every specifications once the Mi5X is officially announced by company.