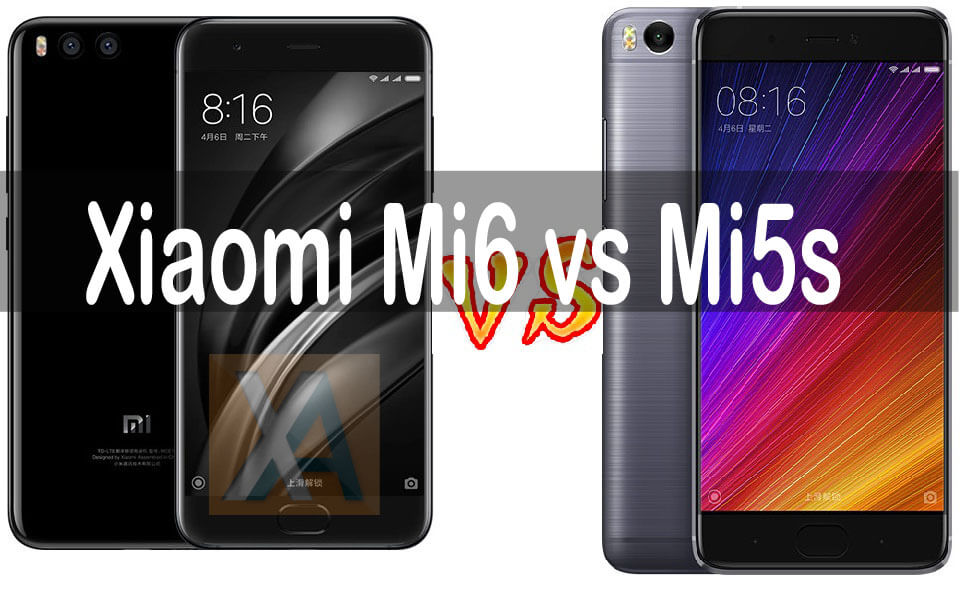 Xiaomi Mi6 is one of the beautiful flagship of the Chinese giant launched back in April this year. It is one of the affordable flagship available in the market with high-end specifications. Qualcomm Snapdragon 835 chipset and 6GB RAM are the highlights of the Mi6. In this post, we’ll be comparing the Xiaomi Mi6 with another Xiaomi flagship model i.e. the Mi5s. Xiaomi Mi5s was company’s first smartphone to Snapdragon 821 chipset. Read on the following for Xiaomi Mi6 vs Mi5s comparison overview.

Xiaomi Mi6 sports a 12-megapixels dual rear camera with 1.25um pixel size, f/1.8 aperture, dual-tone LED flash, 4-axis OIS, and 4K video recording. There is an 8-megapixels camera on the front. Considering the Mi5s, it comes with a 12MP rear camera with dual-tone LED flash, 4K video recording and is accompanied with a 4-megapixels front facing camera. Both the devices has 128GB of internal storage.