Xiaomi recently announced its first all-metal body design smartphone, the Redmi Note 3 in China. Now, other Xiaomi devices with the similar metal body have been spotted on China’s TENAA. As of now, the devices are known with the codenames Mi 2015811 and Mi 2015812, which most probably could be two variants of the Redmi 3. These devices will be a great surprise for the Mi fans as they are eagerly looking for Xiaomi Mi 5, a company flagship smartphone. 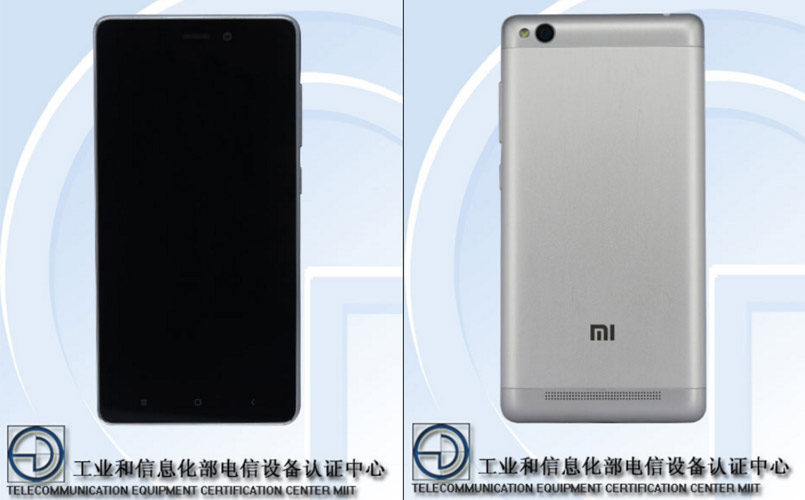 As per the source, the Redmi 3 with code number Mi 2015811 features a 5-inch HD (1280 x 720 pixels) TFT display, and is powered with an octa-core processor clocking at the speed of 1.5GHz. On the storage front, it includes 2GB of RAM, 16GB of inbuilt memory and a microSD card slot for memory expansion.

The other specifications include 13MP or 8MP rear camera, 5MP front camera, and runs on Android 5.1 Lollipop with MIUI on top. The connectivity options included are 4G LTE, Wi-Fi, Bluetooth, and GPS.

On the cameras front, the smartphone sports a 16MP or 8MP rear camera and a 5MP front camera. The device also comes with a fingerprint scanner and has 16GB of inbuilt memory extendable with a microSD card. 4G LTE, Wi-Fi, Bluetooth, and GPS are included under connectivity options.

The Xiaomi Redmi 3 will be offered in three different color variants- Dark Grey, Silver, and Champagne Gold colors. Coming to the price tag, the base variant of Redmi 3 costs around 599 Yuan (US$ 92 /Rs. 6125 approx.). There are no details available regarding the release date of the smartphone, but are expected during the Chinese New Year in February 2016.