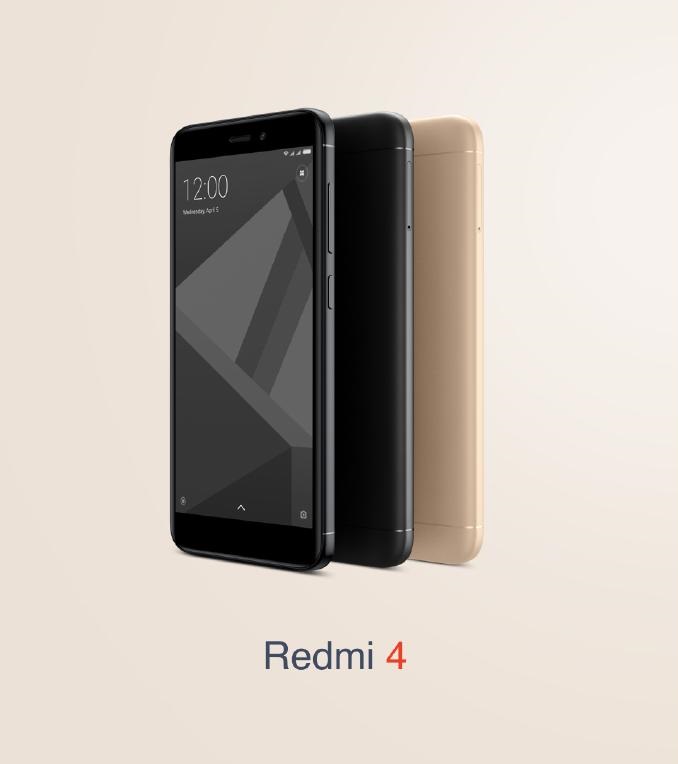 As scheduled, Xiaomi will conduct its next flash sale of Redmi 4 on Tuesday at 12PM IST via Mi.com and Amazon India. The device was launched in India last month starting from Rs. 6,999. Both the Matte Black and Elegant Gold colour variants will be available to grab in today’s sale. Although the Redmi 4 was launched in three different variants, the 2GB RAM with 16GB storage and 3GB RAM with 32GB storage are the only variants to go on sale today. The 4GB RAM with 64GB storage won’t be going on sale on Tuesday via either Amazon India or Mi.com.

As this is the first sale of Redmi 4, it comes bundled with several launch offers on Amazon India includes discounts on Mi Cases, Mi Headphones, flat Rs. 500 Cashback with Yes Bank debit & credit cards, up to Rs. 5000 off on Flights and Hotels bookings, and Rs. 200 promotion credit for kindle books. The company also giving away 45GB of free data valid for 5 months on purchase of Redmi 4 device.

Considering the specifications, the Xiaomi Redmi 4 flaunts a 5-inch Full HD display and is powered by the Snapdragon 435 SoC, making it closer to the Redmi 4X which was being announced in China back in February this year. Like various Redmi series phones, it also has hybrid dual-SIM (Micro+ Nano) and runs on Android 6.0 Marshmallow based MIUI 8 out of the box.

The other connectivity features includes 4G VoLTE, Wi-Fi 802.11 b/g/n, GPS/A-GPS, Micro-USB with OTG, Bluetooth 4.1 and 3.5m audio jack. On the camera department, it adds a 13MP rear shooter with f/2.0 aperture, PDAF, and LED flash. On the front, there is a 5MP camera for taking beautiful selfies and other video calling purposes.

For better security purposes, it features a fingerprint scanner on the rear panel which can unlock the device in just 0.3s. It packs with a 4100mAh battery which provides backup for two days.