According to the Amazon.in teaser which reads #PrimeIsComing, Xiaomi will soon launch Redmi Note 2 Prime phablet in India. Though the teaser doesn’t reveals anything related to device, but the image showed in the teaser indicates a smartphone (Redmi Note 2). 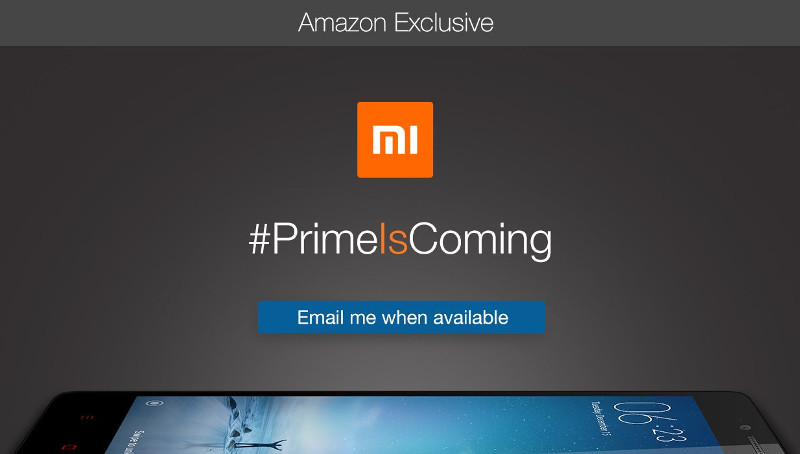 With the launch of Redmi Note 2 Prime it seems that the Ericsson patent issue has been solved or Xiaomi might bring different processor to the phablet. However everything will be cleared only after the official announcement of the device. Each details of the smartphone will be revealed by Amazon on the daily basis.

For taking quality pictures, a 13MP rear camera has been allocated on the back with LED Flash and is accompanied with 5MP front facing camera for video calling. A battery of 3060mAh has been included to provide juice to the phablet. Also Redmi Note 2 Prime vs Redmi Note 4G

Xiaomi Redmi Note 2 Prime price in India: The device is expected to come in all the five colors variants- Dark Grey, Blue, White, Bright Yellow, and Pink. As of now, no details is available regarding the pricing and availability of the device.