Xiaomi on Tuesday starts sending invites for an event on January 19 where the company will announce the Redmi Note 4 smartphone in the country. Similar to its previous Redmi smartphones, we can see a change in the processor of Indian Redmi Note 4 variant compared to that of Chinese variant. Regarding the launch, Xiaomi already conducted Mi Explorer program recently and the rankings are also out. Today the official date of event is out which is 19th of January in New Delhi.

To recall, the Xiaomi Redmi Note 4 was launched in China back in August last year in two variants – 2GB of RAM/ 16GB storage priced for CNY 899 (Rs. 9,000 approx.) and the 3GB of RAM/ 64GB storage model for CNY 1,199 (Rs. 12,000 approx.). It is expected to see similar price tag in India. Just like its Redmi Note 3, it also comes in Gold, Grey, and Silver color versions. There is a fingerprint scanner on the rear panel. 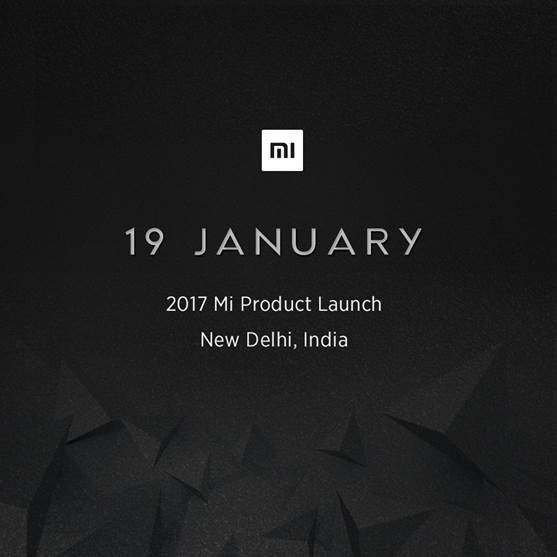 On the display front, the Redmi Note 4 sports a 5.5-inch Full HD (1920 x 1080 pixels) IPS display with a 2.5D glass on top and has pixel density of 403 ppi. As MediaTek SoC powered Xiaomi smartphones are banned in India after the launch of original Redmi Note 4G, we could expect Xiaomi launching Snapdragon chipset variant in India similar to its previous Redmi devices. If this turns out to be true, then the device will feature Snapdragon 625 octa-core processor instead of Helio X20 octa-core processor. Also download Xiaomi Redmi Note 4 Stock Wallpapers – Full HD

The other specifications includes 13MP rear camera with LED Flash, a 5MP front camera, and a 4,100mAh non-removable battery on the back. It runs on Android 6.0.1 Marshmallow based on MIUI 8 out of the box which is soon expected to receive new MIUI 9 update based on Android 7.0 Nougat. The smartphone supports expandable storage via microSD card (up to 128GB) in a hybrid dual-SIM card configuration.

Planning to upgrade your Xiaomi smartphone, then Xiaomi Redmi Note 4 will be the best one to opt. Do share your thoughts in the below comments.