According to the latest leaked post on Weibo, Xiaomi is all set to announce Redmi Note 4X smartphone on February 14 (Valentine day). The device already surfaced online several times and in fact it also cleared TENAA approval. The leak reveals some of the key specifications of the smartphone along with launch date. 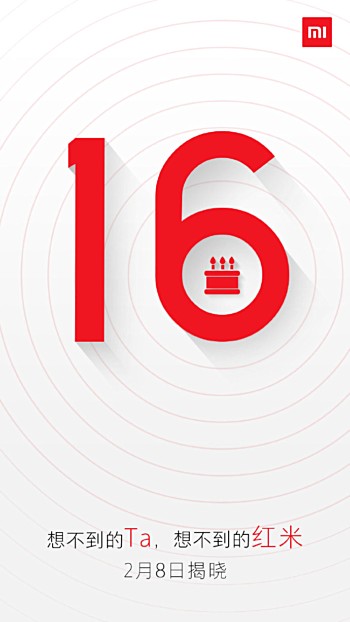 Specs-wise, the device is expected to feature a 5.5-inch Full HD screen along with the 2.5D curved glass on the top. There is no Gorilla Glass protection on top just like the Redmi Note 4. It might be powered with a MediaTek Helio X20 processor which overturns the earlier rumour of Snapdragon 653 processor for Note 4x. Just like other Xiaomi MediaTek smartphones, it might not be announced in India due to the current patent issues with Swedish telecom giant Ericsson.

The RAM options of the device includes 2GB, 3GB, and 4GB, while storage options include 32GB and 64GB. In terms of camera, the phone will sports a 13-megapixels shooter on the rear side and a 5-megapixels front camera. There is also a fingerprint scanner allocated in the physical home button below the screen display. The Note 4X will run on Android 6.0 Marshmallow and will be backed by a 4000mAh battery.

Release date: Since Hugo Barra left Xiaomi, the company is currently in a search for a new VP. So, the new VP for Xiaomi International will be announced on 8th February and the Redmi Note 4X will be made official on 14th February. So, mark the date as we’ll update with complete specs & features once the smartphone is launched.