As promised, Xiaomi announced its first in-house SoC dubbed as Surge S1 at an event in China. With this, Xiaomi joins three other smartphones OEM’s namely Apple (A series), Samsung (Exynos SoC), & Huawei (Kirin SoC) to design its own In-House SoC chipset. This also makes Xiaomi the second Chinese smartphone manufacturer only after Huawei to produce its own chipset.

The Surge S1 is an Octa-Core SoC with four high-performance ARM Cortex A53 cores clocking at the rate of 2.2GHz and there is other four Cortex A53 cores for power efficiency which clocks at 1.4GHz. There is a big one.LITTLE structure to use all these eight cores efficiently. 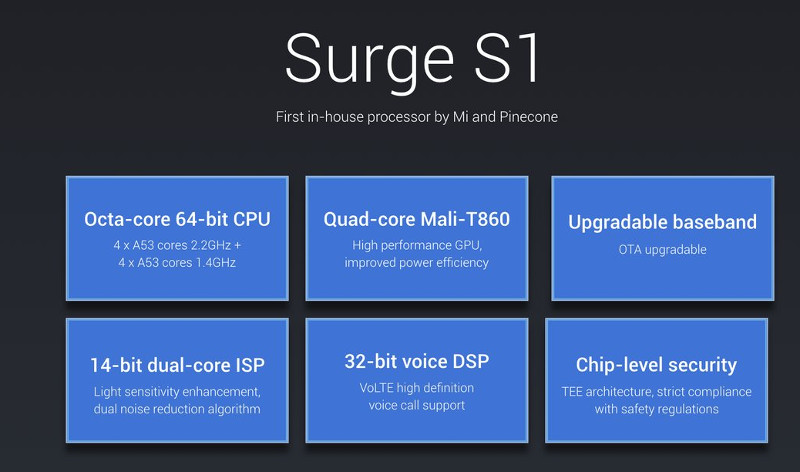 According to Xiaomi, the new chipset beats the 14nm Snapdragon 625 and both MediaTek Helio P10 as well as P20 in Geekbench 4.0 CPU multi-core benchmark and GFXBench Manhattan off-screen benchmark tests. 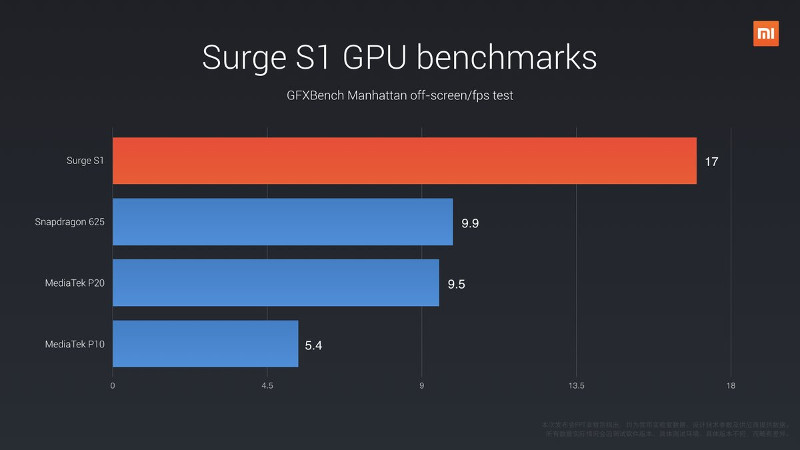 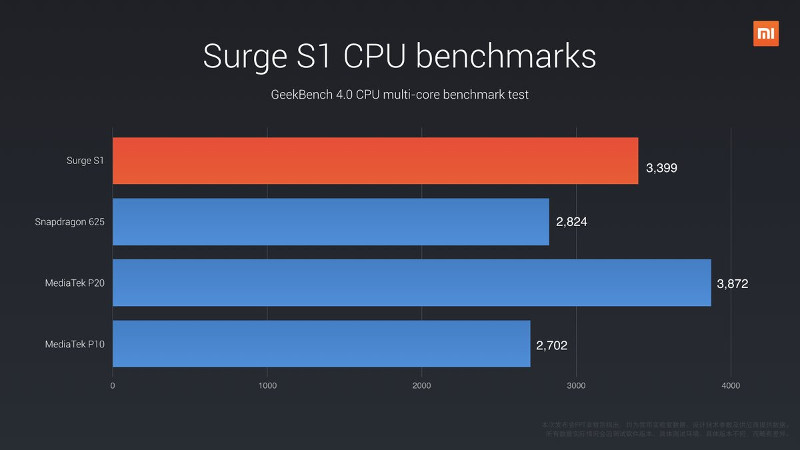